Well, bust how I'm flippin, flappin
Rippin up the rappin
Look at the way I kick it, I'm wicked, it happen
one night in Manhatten, chillin, buggin
Me and some of the crew went around to this club and
peeped it, scoped it, hope the shit was rockin
Stuns by the bunch had the hunch they was clockin
Stepped up, dressed up, the young got some weed back
Honey got done then begun talkin to me, jack
I kicked slang to her, all my niggas knew her
I wanted to gas ahead and take her back to the sewer
to do her, screw her
I knew I had to hush
when I felt my belly drop and the spot turned to mush
Um, shush shush, I need me a push
I felt loosey bubblin, trouble in my tush
Then the gush came gushin, rushin, splat!
The juice hooked my Davy D's quick like that
Smack, I biggity-broke my bitch from behind
Tried ta shake it, fake it
but yo I couldn't hide from...

Well, dosey-do your partner as I start the intro
Cos nobody does it better, correcta-mondo Back in '86 I was dick with the skills
Playin ball in the gym with my nigga from the Ville
I was runnin it like the trooper, had no time to play the small cat
I had it goin on, word to mother I was all that, black
So one day, believe it or not, I'm chillin
I was playin against these niggas from The Bronx for some chitlins
So bust it, I'm in it with my coojas, gimme the rock, G
I float like a butterfly and kick like karate
I scored 26, I caught a fake and now I'm Audi
I'm takin it to the hoop and then this kid tried to foul me
(HAAA!) Boom to the gutter, I hit the floor, I wanted to flip
I couldn't, damn, all of a sudden I had to shit
So I dipped to the sewer, I couldn't control the shit because it
slipped past my dick, drip drip like a faucet
Down past my shorts and hit the court and all of a sudden
girls were gettin sick, all my niggas they was buggin
I made it to the bowl leavin behind a trail of dookie
My drawers are soakin wet and I'll never forget the day I met.... 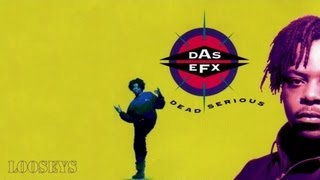