The Ballad Of George Stark Lyrics


[Verse 1: Ian]
I'mma stab you, slice you, kill you
I'mma do what the voices tell me to
I got a scitzrophranic problem and I understand
I wanna kill everybody on this wasteland
I took her out for a late night dinner
She said she liked me and I'm a winner
I wanna cut her up and put her in a duffle bag
I wanna wear her face to work and say "what's up, hey"
You motherf*ckers don't feel me, hear me
Ignoring the things that I say will leave you bleeding
I'm hearing things and my ears are ringing
Angels singing and people screaming
Pray to God for a last breath
Before I take it right outta that chest
A taste of flesh, I reminisce about a late night dinner
With a dead bitch

[Verse 2: Damien]
I hear voices, bad choices led me to expose your brain
It's no thing, I'm insane, I cut your face and let it hang
You know pain is my pleasure, just another body to dismember
Man I love it when the ligaments are severed
The louder they scream the better
And never will I stop, I'll chop you to nothin
No need for a coffin cause you're goin in my oven
Kickin and screamin won't get you shit You've entered the mind of a lunatic
It's sick how quick my personality splits
Blood drips off my knife's tip, you're next bitch
These voices won't quit, these voices won't stop
It's drivin me mad, but they're all that I got

[Verse 3: Maniax]
These voices are like annoying noises keepin me awake
I try and get some sleep but instead I lay and shake
Today I'll break through and the ghost will go away
But they'll be back tomorrow night with somethin slick to say
So I stick the blade in my veins to open up my eyes
And wash away the blindness from soakin up the lies
That are spoken by the gods that I'm seeing in the mirror
My visions kind of blurry but I think I'm seeing clear
Nevermind I'm drinkin beer, smokin pot, and poppin pills
Greatest thought I ever got was to chop into the kills
For I sought the wicked skills, and a school full of conspirators
All I gotta do is close my eyelids, I'll hear the words
Clear and pure, tellin me go commit a felony
Turn their body inside out and hang it from a balcony
Like a wind chime turn the bones into a [?] noose
The skin is in the [furthest?] of divisions in my mind 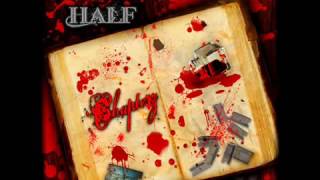 check amazon for The Ballad Of George Stark mp3 download
these lyrics are submitted by itunes3
browse other artists under D:D2D3D4D5D6D7D8D9
Record Label(s): 2020 Lsp, LLC