Prepare yourself to swallow all your diamonds and your rings
And all your ‘tiquey, shiny, windy things
Don't scare yourself, the photos in the newspapers are blurred
The radio is broadcasting a word
Beware yourself, the neighbors aren't neighbors anymore
They're leaning with a glass against your door
Take care of yourself and hoist into the air your disbelief
Just go ahead and give yourself relief

Now Hanna was at home in the Berlin cabarets of '32
But in '33 the weather turned and the brownshirts all turned loose
The rumors they were bad, her Sozi lover Alex was getting scared
He heard his name was on a list for having red friends and brown hair
He wanted to get out and Hanna could have gone with him to his family in Ukraine
But instead she took a walk out in the rain through her Berlin
And thought about how this weather, it would pass
And how things had always worked out in the past

Well Sasha had heard about the emigratzia
And the talk wasn't just in the family anymore
But in the Kharkov streets there was a kind of thaw
“We're going home!” said old Saminsky
When he filed his application to leave
And Anya already had family in Tel Aviv

But Sasha didn't know:
Two hundred years among Slavs being called “Hebrews,”
He knew they'd only be called “Russians” by the Jews
And then on the Prospekt Lenina ovtobus
He heard the Saminskys lost their apartment and denied their pass
The weather seemed like it was never going to pass
He chose to make an inner emigration
He chose to keep his alien inside
And all the bureaucratic frustrations
He chose to keep his status bona fide
And what's the bother of finding a new nation?
A border isn't art, it's just a frame
Just make a secret inner emigration
The holy land and exile are the same

Should she make an inner emigration?
Tell me what you think she should decide
Considering the couple's situation
She'd be better off as someone else's bride
She and he comprise a kind of nation
The kind we build inside when we're alone
But if they just make inner emigrations
Then they'll only have a home when they're at home

Compare yourself
What does this all have to do with you?
How does your experience ring true?
You're where, yourself?
You aren't suffering anyone's regime
You're free to follow every little dream
Be fair to yourself. You needn't be oppressed to feel alone
You don't have to be driven from your home
To spare yourself from feeling like a part of the control
With an internal diplomatic role

Make a kind of inner emigration
It's a kind of shift accomplished easily
We all have made our disassociations
Whether on the job or in our family
What could be more irrelevant than nations
When everywhere you go it's buy or sell?
But if we make only inner emigrations
Then everything will only go to hell
Explain lyrics
Correct lyrics 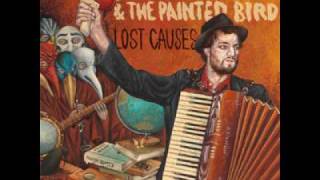