Well, I was writing a play
About Pete Rose and Bart Giamatti
It takes place in a Motel 6
Just outside of Cincinnatti
There's a table and a bottle of whiskey
They're drinking but they light a cigarette first
Pete Rose looks terrible
Giamatti looks worse

Giamatti says Pete, be straight with me
Have you been gambling on games?
Pete says Commissioner
Where I come from, we bet on everything
Commissoner says
Let's just get to the point Pete
Did you ever bet on your own team
I'm not sure what Pete's gonna reply
But I think I'll have the telephone ring
It's gonna be Shoeless Joe Jackson
Calling from Tangiers
He says Commissioner, if you don't throw him out
What have I been doing all these years
Bagging groceries and painting houses
Having to to beg and steal and rob
Pete tries to grab the receiver, he says
I can tell you stuff about Ty Cobb

Then I hear a knocking
A knocking at my door
It's my sweet Martha
And I open up
And she crawls in on the floor
Says put down your paper and pen, boy
That can wait another day
I say what's wrong?
She grabs my leg and says
All I've got to say is

I say girl, I got backers
I've got money people waiting for this stuff
I've got a theatre off Broadway convinced
One act ain't gonna be enough
I said I'm starting to roll with this dialogue
I'm getting inside Pete Rose's head
I say he can taste the Hall of Fame
She says don't you want to taste me instead?

I say girl, do you understand how with four thousand
hits A man could still feel emptiness?
And I have Pete say Commissioner, what've you got in
your hand?
And he says can't you guess?
Pete says if I was a betting man
I'd say you were trying to bluff me to my face
Commissioner says too bad you ain't as good playing the
odds
As you are playing second base

Ooooooooooo, gambling with my love

So she says well, what does Mrs. Rose have to say about
all this?
I say I don't know, I haven't thought about Mrs. Rose
And I lean over and give Martha a kiss
She says you've got two guys in a hotel room
No other characters or special effects?
I say there's plenty of drama there
She says three acts, no sex
She says there is a Mrs. Rose, though, yeah?
I say yeah, there is, I suppose
She says what's their chemistry?
What are her specifics?
Does she have a wig?
Does she wear support hose?

I say baby, you're wearing me out
I need a break
What do you say we turn down the bed
She looks at me
She rolls her eyes
Grabs my pen and says

So now it goes like this
Pete Rose and Giamatti in a hotel room
Mrs. Rose bursts in and says
Damn it, Pete, I carried your children in my womb
She says Mr. Giamatti, you need this man
As much as he needs you
She says judge not lest ye be judged
Turns to Pete and says 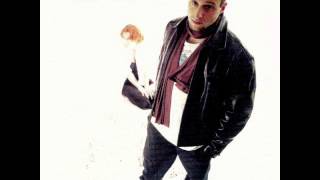 check amazon for Gamblin' With My Love (pete Rose) mp3 download
these lyrics are submitted by kaan
browse other artists under D:D2D3D4D5D6D7D8D9D10
Record Label(s): 2009 DBHQ
Official lyrics by