Well this bald headed girl I know sent me a tape of Bjork and Courtney
Love
And PJ Harvey, called it brilliant women
I put it in my car, heard it all the way down to the coast
Normally if left to my own devices I don't hear chich singers much
I guess it's guys I hear the most
Sometimes these days don't it seem like it's enough for
girls to love a girl or
use the f word prominently
masturbate in public or
learn guitar tied up to a post
I thought of all this hearing Bjork and Courtney Love and PJ Harvey
In my car driving to the coast
Tori Amos, Liz Phair, Sinead O'Connor, Suzanne Vega, Jill Sobule,
Melissa Etheridge,
Tracy Chapman, Ani Difranco, Michelle Shocked
Everyone of them has something kind of special that I like
But every now and then while listening to them I feel like when we were
kids
I pulled their hair or stole their bike
These days it seems like there's a lot of girls who sing and some of them are good and
Some of them are not, but it's always kind of cool that
Moment when they first step to the mike
If I was a girl I could sing real high and also then I'd know what
having
Breasts would be like
Chick singers
Chick singers
Chick singers
I started thinking 'bout
Kate Bush, Patsy Cline, Billy Holiday, Janis Joplin, Bessie Smith, Patti
Smith,
Annie Lennox, Chrissie Hynde, and Bonnie Raitt
Seems like there's an awful lot of women in whose honor I would
Like to raise my glass to in a toast
Some of them are still alive and some I hear their voices like a ghost
Maybe next Thursday I'll throw a party and invite every woman that
Ever sang a song, oh, this would be a party that I think I would like to
be the host
Thanks to the bald headed girl I know whose tape of Bjork and Courtney
Love and PJ Harvey I heard driving to the coast
Chick singers
Chick singers
Chick singers
Explain lyrics
Correct lyrics 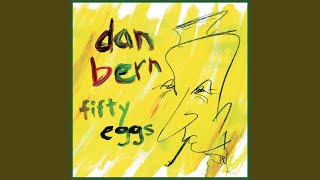