Go on, why don't you try it out?
I don't know, my head's filled with doubt
Ah, go on, a little bit won't hurt
When you feel the whack of it, you'll see it's well worth it

Go on, give it a blast, in ten seconds flat you'll feel fantastic
Your head will be like rubber, your body like elastic
You'll be in God's arms with your thoughts all derelict
I don't know, I think it's f*ckin' mad
That shit killed Anto Kelly's mom and dad

Ah, you're being all windy on me now
I was told you were handy when it came to a row
f*ckin' sure I am, ask anybody
I burst Paddy Lee last f*ckin' Saturday

Don't be silly, man, sit down
All the boys is blasting off and they're all sound
Are you serious? Is he sound over there?
He's about to disappear into thin f*ckin? air

Ah, man, you're lettin? me down
I thought you were the dirt of a lad around town
You won't get strung your first time doing it
It takes loads of times before you can't stop abusing it

Your dad doesn't care, he's drunk in the bar
Seen your ma headin' off in some strange fella's car
I have been feelin? really low lately
Feel the whole f*ckin? world is against me and they hate me

Think I'll head home, I don't like this room
There's a bad smell of piss and the ceiling's peeling Before you go, here's a freebie
Go home to your bed and you'll sleep like a baby
Ah, maybe

Go on, man, get some of this shit into you
It's not gonna kill you, get it into you, sit here
And, oh, man, [Incomprehensible] of all that stuff
I seen Jem Quinn and what he's gone through in prison and all

Ah, man he's a f*ckin? eejit, he's just stupid
That wouldn't happen to you
You know, you never know, man, I seen so many around
I seen all the heads around town goin? down

Ah, man, you're wimping out on me here
I thought you were a hard man with no f*ckin? fear
I am, man, I f*ckin? am
You saw me stickin? out that O'Connor kid
I f*ckin? hopped off of him 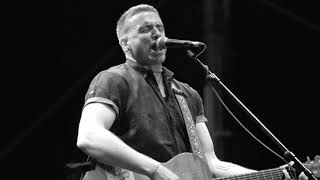