Yeah baby, shit's about to jump off and
Lookin' for the bus to bring in my man from up north
Been like three years since when got knocked
Since he got caught
Punked up like five new blocks, holding down for it
Kept a nigga straight with money in the books
And them bitches is crooks who look out for other crooks
Took him shopping, money in his pocket is straight
Dropped him off at the wife's crib after we ate
Our estate was the next move for me
Had to make that nigga chill for at least two to three months
Cause when it's on, it's on
He didn't care
It's like slow down baby
The money ain't going nowhere
Keep in touch though and show how much your ass is with it
The dope flow is there and in a minute you can get it (come on)
You gotta watch a nigga just coming home in a game
Cause on the low we may just be trying to go against the grain

I never figured this nigga would pull this shit that he pulled
What is strange is the change that niggaz go through
When they're locked down and really can't hack it
A motherf*cker like me handles a bid like a jacket
Strap it on my back, niggaz ain't built like me
And by the end, niggaz was like "Yo, why you killed Mike, D?"
Wasn't me, but yeah he had it coming to him
Used to be my dog, so I let my cousin do him
Sent him out of state with like half a brick down to my spot in VA
Cause the money comes quick
Half of that got f*cked up before I even got the check in on him (damn)
But things happen so I really wasn't wreckin' on him (damn) Got him up out of there and sent him down a little further
Ain't heard from him in two months, murder, murder
And from the next flight thinking I might have to steal something
This hungry shit will make a nigga wanna kill something (come on)

Listen, money is missing and it's hectic (what?)
Found the safe, checked it
Shit looks detected (what?)
Just what I expected when I got no word from him
Asked around but ain't nobody heard from him (uh-huh)
But money talks and most niggaz is snakes
So it wasn't long before his man was ready to take
Me to where he was at, checked my gat
Threw in a four clip, pumped myself up
Cause I can't go for that bullshit (come on)
f*ckin' with my last load of cash ain't the issue
It's just real f*cked up when your man tries to diss you
Takin' back for niggaz in New York and how they told me so
Now I got to knock his boots, he owes me dough
Layin' up with a hoe, then he hit me with the sob story (come on)
The famous "Oh you didn't know I got robbed!" story (come on)
Told it's to me he should be grateful to
f*ck that bitch! Look at what she made you do
Now there's love lost and a double cross
Pointed at that bitch, turned her braids into sauce
So you wanna be with him (uh) and talk to me like I'm silly (yeah)
Five bottle of Mo on the floor, boxes of phillys (uh)
Ten g's in the shoebox under the bed
And for every g I put a f*ckin' slug in his head
And from then, the moral of the story if you missed it
Is the grand is always gonna be there
Just never go against it

You cats must not know 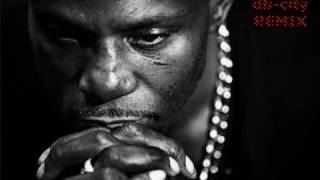