[Cool breeze]
Hey
Ya'll better look out, coming to ya'll neighborhood soon
A lil east point vet and they call him Freddy Calhoun
When he was growing up on the block they caled him cutta
And said if cool can't cut her, he must've came with her brother
He was born and raised right in Martel Homes
he moved to cleveland avenue and then washington road.
that's when he saw his partner cash first working a triple beam
they cut up hundred dollar slabs and sold them 2 for 15
hey his partner had it moving, they had the whole trap bumping
he had everybody's hands out, hey let me hold something
Check it, his oldest cousin sold his partner a potato and he played it
he went and got his oldest brother and thought they was gone pay em.
he took his strap out his waist and handed it to big sleigh
and stepped right up in his face and said hey playa you cake

Now everything cool, Hey fred what's up
Now they daping him down and letting him fire up the blunt
But playboy I thought I told you that if you ever played him sweet Everytime your family see him ya'll gone see him with some cleats
Now you calling up Pauly tell him tell breeze
Everyting gone be steady playboy, let's get this chesse
But see Pauly, he can't help you, cause Pauly ain't know the name
And anybody from his block if he do dirt, gone say his name
And if a smoker ever went and told the folks that they was rolling
Man they'd go and get him drunk and break him off like they ain't know him
He met this pretty girl by the name of michelle
and her mother had a condo in camelot, on the L
so he went over her crib to try to try her but at the crib it wasn't happenin
so he cool cool cut her in the back of National 7

[Whild Peach]
She had it all, she was a princess, she married a king
they lived in camelot happily

Finally realized one thing in my lifetime, that I die for something,
and I hope it's something.
Even though it hurst so bad on the inside,
Imma make feel so good on the outside
cause I found something that's really something
something, something 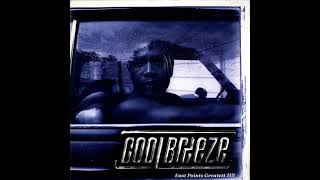