[ VERSE 1: Lucky Calhoun ]
I got this hook-up with a Jamaican, he got that fire-fire
Roll it up, fold it up, now everybody sky high
Certain people that you don't try
Certain things that you don't buy
Listen, live: never try to make that fast sale
Cause when you do, you be on Right Street makin bail
When you ride, you better ride clean
Don't put no work in your pocket, leavin stains in them Calhoun jeans
We livin life, and it's hard knocks
Some of y'all pushin weed, some of y'all pushin straight rocks
That's why we Organized and run with a team
When I get the Caddy, I flip-flop some cream
Lookin out for girls that be tryin to scheme
Wipe out the fakes, start some triple beam
So if you know a hustler, don't even cross that line
When you get caught up, go and do your time

[ VERSE 2: Pauly Calhoun ]
Now my brother told me, 'Never sit with your back to the do'
Re-up, not when you out, but when you start gettin low
Play your game, maintain, and watch who you playin
Look them laws dead in they eyes, and tell em you ain't seen a thing'
Me and my folks on top, we run these blocks
We pay the President, the government, plus them dirty cops
Pauly Calhoun, livin million-dollar dreams
Now spendin the most, we represent the South Coast
With some utility trucks, blast them 'Greatest Hit'
Co-pilot, most dangerous gator mouth pit
Cause we some hustlin pros, never missin a beat
And we'll match any price if you find it this cheap Trump tight, love hundred-dollar bills
Secrets than can kill, you can trust me, my lips are sealed

[ VERSE 3: Briand Calhoun ]
Location unknown somewhere in the woods
Right back in the smoke stack, fire burnin goods
Ain't nothin goin on but sackin this hay, and stackin this pape'
Huh, we're loaded up, and we'll be on our way
See, the last out the blocks is the left-overs
We in a LX 470, bein trailed by a Rover
Tryin to figure out who's 12th time snitchin n this click, and
Inside scoops got my partner pinched for a chicken
See a hit, dog, I holler
When it gets tight around the collar
Never talk for a dollar
Rules of a Calhoun scholar

The rules
That's right
Gotta know the rules
Check it out

[ VERSE 4: Cool Breeze a/k/a Freddie Calhoun ]
There's two things I was taught when I first got here
When East Point was nothin but a big dirt hill
That when you fight one-on-one, never pull a pistol
And you never put your hands on a Calhoun sister
Now these the type of things you know that's right
It's like extra-player points, so live your life
Now he said he heard my tape the other day, when he was walkin
It wasn't really like I was rappin, it was more like I was talkin
I said, "Well damn, playboy, I don't mean to be braggin
But your girl wasn't really suckin, it was more like she was gaggin"
Why he naggin, he ain't never showed no love
Man, every since I knew him, he always been a scrub
So I stepped to him, and he wouldn't hit me
Cause he knew I'd leave and come back and have the whole East Point with me
So don't you think for once he took my heart
Cause the table at my crib was a ??true Indian art?? 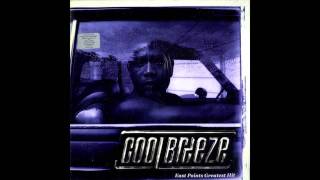