1 - Who raps get weight like grams on triple beams?
Who got their heart on tapes and CDs?
He rap and she rap, but my rap - the best
They rap with play raps, and I ain't impressed

Cool raps get weight like grams on triple beams
Cool left with dirt and came back with G's
Everytime I hit the door, they fly
Wantin' to know the response of the people
On the date when my album dropped
The East Point headlines gon' read that
I ride tracks, like Dre high-ride Cadillacs
And came a long way from the country
Here all in Atlanta, and about to make some real money
And show brothas who a straight lane
Who got picked at, and talked about
Who followed me, and now got game
The first scriptures in the book, they meant
If you was really from this town and 'bout to do it
You do your own hits
See, it was destined that I make a print
In the earth, so the future knew the Lord was makin' much sense
Now it ain't nothin' that can worry me
My attitude is free and can see...
That you can be in Hawaii sippin' on that punch
Buy a house in the morning, get a Lexus for lunch
Sell a million of those samples and those same ol' kicks
It still take a ol' school hustla with a greatest hit Repeat 1
Repeat 1

Young Cool Breeze ain't never did time
When the foes went to raid, I was home writing rhymes
Representin' the south forever, put raps together
Hit 'em with the salt, then come the pepper
You see, I represent the field
And only a few from the east and the west gon' really keep it real
And it's like a lot of them gon' start dissin'
But we'll make money, sell records
And serve 'em up like competition
And I be the first to crank up the spot
Say you don't know nothin' 'bout the south
And Atlanta ain't no Mariott
I seen a lot of brothas get they turn
And the way they act?
Respect gon' be given when respect be earned
Me and my boys grew up listenin' to y'all songs
If we can't be off city poppin' lip, we be dead wrong
So I just check for your release date
And if it's bumpin' and you snappin', I'll pick it up
Cuz I don't city hate
See, it ain't all about who you run with
Or the trap that you just can't front, got the biggest bricks
Or who you and your boys run and get
It just take a ol' school hustla with a greatest hit 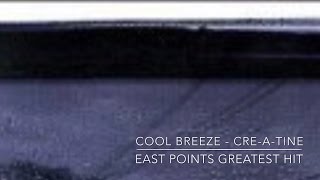