"i was once was told of a mutant who could twist space around him
And now it seems that I've met him!" -> vampire hunter d

Chick this out
Company flow manifests itself in many different ways
We rhyme like this is the last f*cking days
Of course we've got el-p, dj mr. len
And the one and only

Jus's style is infinite so pass me the rock
Got the same burner as the kid down the block
Bought it from an off-duty cop getting over
Yo he'll stick you with a felony just to fill a quota
I've got more styles than pagers by motorola
Legendary seven y'all claiming fuzz had inflicted it
When played and ad hit in
They came way back was killing it
Who's the wildest b-boy with the paid style that's ill
Encased in a glass dome I pull mikes like filaments
I'm tungsten, light within that causes something
Lick off a legal shot hit the edge and turn busting
The trendy setter shot joey now his cousins bludgeon
They ask for it, permanent vacation with no passport
Top ranked televisor of boxing as a sport
I keep my gun cocked for all you hard rocks
And grab my crotch at one time when they roll through my block
Bigg jus from the see ya, and we rule non-stop!

I got the fat cat krylon paint, radioactive
Busting out sockets leaving earth in this bastard
Rock the overdose, fiend back the graphics
Lost off through a vortex, you came out on plastic
Punch numbers buy me a thought last year candy gram
Busting vsol, on some shit, I'm the man
Housing heads one of 2000 in reefer's dead
The underground's uncertain
Scrub skills keep resurfacing
Grip the cryogenic body soaked in mystery
Known for making emcees change belief from tai chi to esp
When I drop skills sick like buy my gee
These heads hate me vibing to shit that bump like teddys
Still refuse excess I be phasing energy
Push kevlar sub woofers, deposits, enemies
Face the finest war the final conflict for heroin
The growth stunter run the shit down like heather hunter
All five are up in that man control to uproot the ruthless demigod
Notorious sets in half
And they can't be attacked by entering the dragon's path
And you won't last in the rugged badlands of the math
All due respect to the dj breakdance and graf
I could go on about days going dashed
But I won't, indeed yes I will
I buckshot more drunk toxins than golden seal 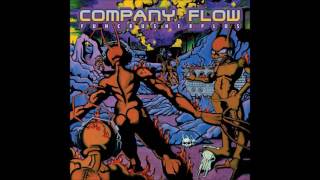