Looking Over A City Lyrics

Looking Over A City Lyrics


Is there anyone close.. by.. who can listen to this?
And who can see it.. plain as day
Look how it falls down
Falls down upon everybody!
This is it

[lateef]
Looking, over a city, that's gritty, and rather pretty
A pity, it's hard to find, but inequity, cover
Every itty bitty square diamond of jiggy
They givin ? ? , up to woodsy
Manipulatin they minds in the alleyways
These dizzy and shitty rats, the sizes of kitty-kats
They cross paths when traffic subsides; somewhere
Some brothers is overstandin on a hot black rooftop
Freestylin for they got damn lives, the spirit, it gets live
And answers the question why God blessed the earth
But, buildings block out the sky, and the children
Are oversexualized, media-wise, brutalized by parents
At the tender age of five, in front of they siblings wide-eyed
Nah not surprised, just the real scene regularly
Up in between the lies, try to put it together get
They pieces of the pie, hope they clever and tough
Make it better before they die, plant the next seeds
Somewhere in the south bronx, or patterson ? ?
The baddest with sharp chomp, to splatter when mouths-off
Retali' and swear he could damage em dunn
But that will shatter his mom's faith
In the art that she burns, herbs and candles of perm'
It's hard to call it see cause times change and the world turn
Some end up slangin dope, some end up strung out
On coke and sherm, some party every night for the rest of they life
And some learn, go corporate all professional rhetoric
With sensational glory, let me tell you all one day
That it is it ain't boring, and so hard to ignore it
Cause any day in this fork, that they callin new york
Based on nothin but currents, you can find yourself a failure
Or a success story
On the subway, at three in the mornin, huh
Or on the corner, or up on a rooftop yawnin
Meditatin upon it, lookin over a city that's gritty
And rather pretty, a pity
It's hard to find but inequity covers every itty bitty
Square diamond, the engine, of america, inchin
Toward hysteria, pimpin, every fate

[lyrics born]
Imagine this, angeles, or san francisco
And everybody sandwiched in, can't stop here and ambulences
Don't nobody ass-kiss, ain't practical bein passive
In the city you ask so much ass and mo' asses
It's a batch of latin girl, actin rappin off the spanish
English quest, can't understand, as the languages clash
And every ad is vandalism, the trash gets aneurysms
It's delegates and panelists all representin they nationalism
And the battle inches on, every section seperated
By eth-nic features decorated veterans deliverin
Les-sons to the younger people stoops that double as bleachers
And I'm part, of an elite fleet, of mc's, and truthspeakers
I import, concrete beats, that just speak, when my moods flavor
My peers I beg forgiveness, I just don't buy twelve inches
Too many independents, they share the same resemblence
Too hard to make decisions, I built up a resistance
Like I'm fightin off a sickness plus they just don't hold my interest
But, missionin out, to the indigineous birthplace
The first day, I inched below the sur-face
And found, inspiration, in surplus, in my, in-terpretation
Of disturbed crazy world, of love, dope shit, attemptin contemplation on
Uniquely woven and continously flowin intricately sewn into
The fabric of the nation new york city keep on mowin em down baby!
Explain lyrics
Correct lyrics 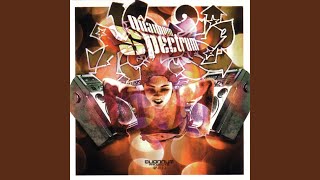 check amazon for Looking Over A City mp3 download
browse other artists under C:C2C3C4C5C6C7C8C9C10