Yo, yo, check it
Unattached and calm, sundaes and pills I palm
with intentions to make it to the league
Intrigued by two-letter cars, SE's and GS'ses
On the court niggaz I leave like messages
Plagued by this ball-player exorcist
It's sort of foul how the world be reffin us
Kenny is our Moses in this five-on-five Exodus
For the game of life, full courts ain't preppin us
Schools want me, but the ghost of Manigault haunts me
Plus they wanna crib me, way out in the country
I'm city like street lights and some games that be fights
Never worked on my left so it's hard to be right
Either rich poor or Mike is who I wanna be like
Story of many black males that I refuse to rewrite

Yo, brothers opinions is Bias-ed, like Len
that I'll end up like Ben, Wilson, still some pretend to be friends
Beneath the grin I see the ?gin spoke up and assure a?
More so than my soul, my jump shot is purer
People play juror, I witness the fall of legends
Once was the joint now they restin got a God given present
My gallant talent is like a magic
trick turned by a chick with a bad habit
Opportunity to move I grab it
Me and my moms have static, now I wreak Hennesey and havoc Man to man talks with Kenny, send me to a zone
Been on my own for so long, my vocal tone's grown
Competition gets blown like speakers
when I cross her like Jesus out of bleachers, broads and beepers
Yeah I boogey it's all good, but it could be better
Want to stay eighteen forever
But now I stay on point like Rod in this Strickland
If Brooklyn courts was the canvas, then I would be the big man

From thoughts that pennies bring, I assemble teams like the Kenny Kings
Think fast over breaks, dialect I'm dribbling
Remembering, night posters of Moses and the Supreme Court
Realizing, that rap and life are team sports
I follow deep thoughts
Moves never perceived thought lyrical Johnny Cochran
cause of the way I free thought
The system make a nigga think to make it that he need sports
or either to the tip he gotta resort
my seed'll be taught to start his own
In the, George Carter zone
Don't wanna be a dope MC living in his momma's home
Or speaking to my fans in a starving artist tone
Unknown zones I roam with mind architechter
Spark the lecture, emphasizing to let God direct ya
Explain lyrics
Correct lyrics 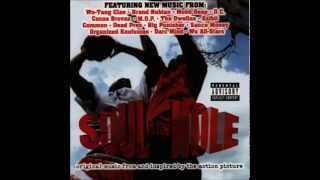