Mo'f*cker move back, I pursue rap at the pace of a New Jack
Miscellaneous numbers and shoes stack grooves
Rap I deliver for the hungry and underprivileged
Something different from these hollow and grunting niggas
This is business strictly, step to my business is risky
'Specially when you as bitch as Missy
Back to back LP's that sound the same, I surround the game
With a four-pounded brainstorm
To make niggas dance in the rain, scared to take a chance in the game
Used to breakdance, it's a shame
What money do to a nigga brain
If he lose his soul what did a nigga gain?

My train of thought is that of a hustler, or a nigga with his shirt off
Trying to get his work off to customers
I rap with a chip on my shoulder, squeezing Coronas
See shirts that say "We gotta get over"
That juggy shit is over, the war is on
I on;y want to be a soldier, I'm holding on, to a culture
Focused like Gordon Parks when it's sorta dark
For niggas that's flooded with ice, my thought's the ark
Performing warming arts with some shit for the heart
Don't f*ck with radio, ignoring the charts
I could give a f*ck what you made in a year, nigga, you wack A soft nigga on a hard track, in this new rap
Generation I "X" cats like a Muslim
He fell off cause I pushed him
Let his Bently and his weak crew be his cushion
I catch him on the streets, in front of the bodyguards and rush him

You wasn't saying you was a thug before Pac came
Ten years ago you had a high top trying to be like Kane
Then Snoop released and it became a G thang
Claim sets, your city ain't got gangs
Niggas hate you, they ain't paying you no attention
In a circle of faggots, your name is mentioned
With six degrees, I separate MC's, from a business man that's good
>From a nigga that was raised or just lived in the hood
>From what a nigga says to what's understood
Keep my shit tight like them boys in "The Wood"
Dick is always hard like the "Boyz in the Hood"
Peace to Dug Inf, No I, Sean Lett, the whole Chi
At the crib some cats give me the cold eye
I'm a bitch slap the next one
Let him know the world is my section for taking
You got to reduce aggression 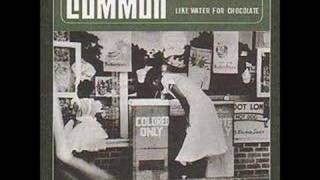