Godsmack is how the wind feels
On the face of Mike Winfield
On his way home from the bar where he works
Nights—the worst nights, don't nobody tip right
And between the marriage offers and the fist fights
And if another motherf*cker touch his wrist
Trying to pull him in to whisper
He ain't making it to midnight
Don't they know he got a lighter in his pocket
A matchbook in his sock
And a block full of charred skeletons
Closeted, begging to get out
He paused cause he's scared of airing out the thoughts
He can taste it in his mouth, the sulfur and bitter carbon
Hearing all the burning bodies shout but no
That was a full lifetime ago and nobody ever has to know
He has never told, well except Ronald
But that don't count, he was sweet and exactly
What he needed him to be at the time
Wine and candlelight and nice texts at lunchtime
Why had he not called Ron back?
Guess there just wasn't a spark, ha!
No, no, musn't joke about these things
Wouldn't want to disappoint Doc Clark
So many hours on the couch
So many buried memories that take
So many tears to get them out
Water hadn't never been a friend
Hold up—where had he seen that car before?
Blue Acura, dent on the left rear fender
Back again the sense of déjà vu
Strange things you
Never shake when you wake up in recovery
But suddenly noticing ash is covering his head 'Cause it's raining from the sky
Dials home on his cell phone and gets no reply
What the f*ck?
Where is the babysitter that he overpays?
Body takes over and brain becomes disengaged
Michael is running, his house is three blocks away
Adrenaline compensating for change in age
Since the last time that he ran it, god dammit
Mike knows he gotta get home fast as he can
Looks up in the sky, glow's familiar
Knows those families died with similar
Awnings and on and on he keeps going
Hits the corner just as he hears the explosion
Screams come from the house, "Did you get them out?"
Mike asking the crowd that has gathered 'round
Tears running down his face
There's that familiar taste
He wishes it would take him to another place
Son and his baby girl in his home and he can't believe
That it's gone in a cloud of smoke
And he's choking and running forward
And hoping against hope that he might find them alive and well
But he knows the results too well
And he knows that he fooled himself
Then he keeps walking towards the house
Rather what house is still left
No intention of stopping, letting the smoke take his breath
Some strong arm knocks him aside
Mike falls to the ground and cries
Why won't you just let me die?
Why won't you just let me die? 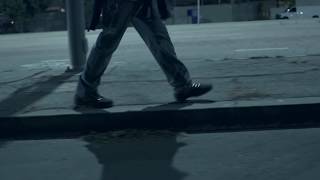