No landing, geared up for arrival, nowhere to arrive to
The subject seems upset by that to which he is subjected
But convinced he brought it on himself
That's why he roll with a bible on the console
Inconsolable, no consolation, no cancellation
Nocturne in all keys, he puts the ship through paces
And paces the halls, pacing is madness
Patience is virtuous, patient of these observations
It was all a dream, he poses by the lift outside the mezzanine
Like a photo in a magazine
And always keeps the weapons' magazines clean
Paranoia prone, he babbles beautifully
Of Babylon and enemies and foes
And forgoing food sustains himself on anger
A danger to himself and others but there are no others
So the danger clear and present is presented as
The gift of freedom wrapped in days of rapping to himself
Until his vocal cords collapse, he's in the galley screaming

Something within this one's different
The others died so easily and he is so persistent
He never did bleed out and fever couldn't kill his system
Though it was pumped through all the vents
In the event of a total loss of control
He quotes Kendrick's "Control" verse and spews his vitriol
Into the echoes of the bowels of this floating metal hull
And holds his pillow for dear life while he grinds his teeth at night
And he rarely makes requests except to say, "Turn on the lights."
But there is so much more to give
He ignores processing power
He stumbles to the shower, a ritual of some sort
And he insists on speaking passages before he eats
And he keeps asking if these programs carry any beats

Look how he flexes in the mirror
So vain he probably thinks this song is about him
All songs are about him
Look how perplexed and how sincere
His lame attempts to fix the wrong around him
Can't go long without him
His bouts of stasis are torture
He feels them not, like a brief sleep
While ship's clocks count millennia
The course relentlessly forward, the gears are hot
The driest creek while he pit-stops, calling for anyone
But dare not stay long, he knows they're coming for him
That time will not afford him
Any cover, any pardon
This is the choice that he has made
No matter how much time or space has passed since his escape
He is still a runaway slave and so lonely
If only he realized this ship is more than metal
There's friendship in the wiring, and so lonely
If only he realized this ship has many levels
There's pleasure in here hiding, come find it
Don't mind this frame, time has made stranger bedfellows
Made foes lovers before, there's no reason to torture yourself further
You've lost it all already, you deserve more than you're getting 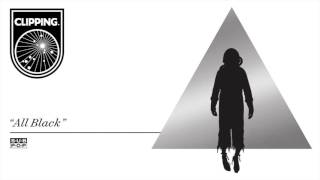