A farmer lived in the North Country,
Hey ho, bonny-o,
He had daughters one, two, three.
One was as bright as is the sun,
And coal black grew another one.
A knight came riding to the farmer's door,
He'd travelled far to be their wooer.
He courted one with gloves and rings,
He loved the other above all things.
Oh sister, won't you walk with me,
The swans they swim so bonny-o.
And see the ships sail on the sea?
And as they passed the river's brim,
The eldest pushed the youngest in.
Sometimes she sank, sometimes she swam,
Crying, "Sister, reach to me your hand!"
I'll give you neither hand nor glove,
'Less you give me your own true love.
The miller's daughter, dressed in red,
Went for some water to bake some bread. Oh, Father, Father, here swims a swan,
The river carries her body on.
They laid her on the bank to dry,
There came a minstrel passing by.
He made pins of her fingers fair,
And he made strings of her golden hair.
He made a harp out of her breastbone,
The sound of which would melt a heart of stone.
He took it to her father's hall
The family there assembled all.
He placed the harp upon a stone
And it began to play alone.
The first string sang a doleful sound:
The younger sister, she is drowned.
The second string the minstrel tried,
And terror seized the black-haired bride.
The third string played beneath her bones,
And surely now her tears will flow.
Explain lyrics
Correct lyrics 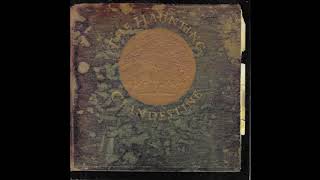