(J. Hamel)
Four and sixty years ago, high in Dunlavy's Castle,
Stood and lady and maid, in the light of a fire,
Making ready for a run.
Four hundred men stood square on the beach
Beneath Dunlavy's Castle,
And alone down there, and all unaware,
Her lord was riding home.
Said the lady to the maid, "Run quick and be sure
To meet my lord in safety,
And tell him to send for all of his men,
And keep on hiding low.
And when you have done, have a page boy come,
And tell me of his judgement.
If all goes well, two knocks or two bells,
If all is lost, then three."
Chorus: Knock-knock-knock
came the rap at the door,
and a Knock-knock-knock
for my lady.
and a Drum-drum-drum
went the beat of her heart
As she leapt to the welcoming sea.
My lady's maid, she hurried away
To the beach my lord was riding,
And she found him there, and told him how
His home was all but gone, And the lord he smiled just like a cat,
And told her not to worry.
His army rode half a day behind
And were fast approaching home.
Chorus:
So they waited, quiet as breath,
Until dark began to fall
Were found by his men and rode home again
Beneath the rising moon.
The enemy stood still with surprise
As Dunlavy flew down on them,
He found a page and dispatched him
to find and release his lady.
Chorus:
By the time the moon had crossed the sky,
The beach was clear and free,
Dunlavy turned his horse up the cliff road
To lie in the arms of his lady.
He paused outside her door in the dark
And slowly raised his hand,
Unaware that his page had been caught in the back
By an arrow as he ran.
Chorus: (x 2)
Four and thirty days ago, high in Dunlavy's Castle,
A chambermaid cried out in alarm
At a noise made by nothing at all.
Chorus:
Explain lyrics
Correct lyrics 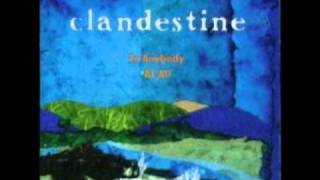