Set The Trumpet To Your Mouth Lyrics

Set The Trumpet To Your Mouth Lyrics


One group is singing and dancing,
While demon forces terrorize the people outside their circle.
Another group is fighting among themselves while demons watch and laugh.
Groups throughout the throng engage in varying activities.
Some are asleep. Some are nursing wounds.
And some are valiantly resisting forces of darkness as they forge ahead.

There's a man sitting down over there and as I watch, He begins to rise
I'm impressed as he stands to his feet by his grace, and by his size
He lifts his hands and he beckons to the people who are talkin'
He starts to move and all at once all the people start a walkin'

There's a crack in the back of the black and a Light shines upon the plain
All the voices of the people are ascending and soon it begins to rain
Thunder strikes as the Lord cries out
All the people give a mighty shout
Lord, set the trumpet to your mouth and blow
Woh, woh ohoh,Woh,wohohoh

Sleepers awake from the depths of slumber
Wake up from the American dream
You know the rest of the world is cryin' in pain
Open up your windows, reach a hand to the man outside
There's a world out there that's dyin' in vain
Woh, wohohoh, Woh,woh,ohoh

The rod comes down with a mighty sound as the earth begins to shake
People callin' to the living God but for some it will be too late
The clock is movin' to the final hour
Jesus coming back in all of his power
Lord, set the trumpet to your mouth and blow

Lord, set the trumpet to your mouth and blow 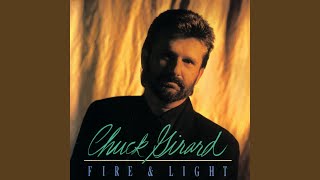 check amazon for Set The Trumpet To Your Mouth mp3 download
these lyrics are submitted by kaan
browse other artists under C:C2C3C4C5C6C7C8C9C10
Record Label(s): 1991 Seven Thunders Records
Official lyrics by