Talk To My Lawyer Lyrics

Talk To My Lawyer
Chuck Brodsky
He Came To Our Town No More Mr. Nice Guy Letters In The Dirt Bill & Annie The Ballad Of Eddie Klepp She's Gone
Official page Talk To My Lawyer video

Talk To My Lawyer Lyrics


Well, I was walking outside of City Hall
I slipped and I had a terrible fall
It was negligence on the part of I don't care who
I fell so hard I was seeing stars
Dollar signs and men from Mars
And the man who helped me up said I ought to sue
He was a lawyer
He was all out of breath

Well, once I had an accident
Not too bad, just a little dent
A new Mercedes hit me from the rear
A man got out in a three-piece suit and asked if a thousand dollars would do
I said, "Well, let me think for a minute here"
I gotta talk to my lawyer
I might have whiplash
I might have trauma
Let's not talk petty cash
I've got a witness
To put a hand on the Bible
Jury jury hallelujah
You might be liable

Well, my mama said to Uncle Jim
"I just don't know what's wrong with him
That son of mine is a no-good big wazoo" Well, I have never overheard
Such a bunch of slanderous words
I'll tell you, mama
I've got a mind to sue
I'm gonna talk to my lawyer
Momma, that was vicious
Defamation of character
Wrongful and malicious
I've got a witness
To put a hand on the Bible
Jury jury hallelujah
You might be liable, Mama

Well, I was trying to open up my map
When I spilled some coffee on my lap
How was I supposed to know it was going to be hot?
Well, I went back to that fast food place
To the manager with the happy face
I said, "I want the name of whoever brewed that pot"
I'm gonna talk to my lawyer
I think we've got a pretty good case
All I need are some crutches
Maybe I'll put on a neck brace
I've got a witness
To put a hand on the Bible
Jury jury hallelujah
Somebody's liable
Explain lyrics
Correct lyrics 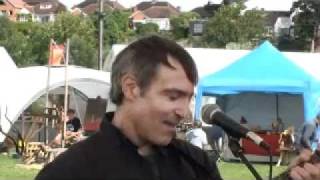