Haywood, where have you been, tell me now?
Haywood, you've been on the street again, I know, I know
Haywood, that man's not your friend, haven't you had enough of the stuff
Oh, you know it's got to do you in

Remember John, John, how mama stayed awake all night
All night, the night they brought him in
She cried and said she always knew that he was up to no good
It broke her heart the night he died

Haywood, where have you been, tell me now?
Haywood, you've been on the street again, I know, I know Haywood, hangin' out with your so-called friends
What makes you think that you'll be the one to put it down

Use your ears, use your eyes
Just look around
Everyone's dying
Everyone's going down

Just think of Vallorie, she's always been
So good to you and you, you, you've never let her down
What about the life you planned
Well it can still come true, it's all up to you

I know it's hard to shake it
But you gotta be a man and take it
I know that this is no way to make it
It's not too late, it's not too late for you, listen to me, Haywood
Explain lyrics
Correct lyrics 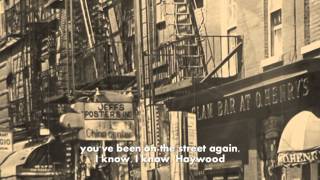