Nostalgia
Cal Scruby
It's Nothing Brainwash You Don't Get It I Told You Dead End I Got Way Too High Kobe With The Fro Who Are You? Submarine Ain't Shit Change
Nostalgia video Cal Scruby twitter Cal Scruby facebook


[Chorus]
It's quite a challenge, woozy I find a balance
Drinkin' with my lawyer, had sushi with my accountant
Losin' touch 'n' puffin' a loosy that's where I found it
One hit of the cig and I usually feel nostalgic

[Verse 1]
When I'm on a bender it's usually when I miss home
Mentally repairing and staring up out the window
Looking for revenge it's the Count de Monte Cristo
I be counting money by the fistful, youngin'
You don't know what nothing bout this though, youngin'
Zelda got the motherf*cking 6-4 hummin'
Sip till you slip get a grip y'all buggin'
I went to the desert, took a trip no luggage
Saw stars dancing party in the Mars mansion
As big as Kardashian asses gargantuan
All these kids nappin' I'm asking for large ransom
Got the energy documentary Charles Manson
Big bowl of cereal, f*ckin' up some Cheerios
This some real shit I think y'all don't really hear me tough
Dap you with the left, I'm antibacterial
I'm big star Mario, here we go (Here we go)
I don't know a thing but I'm still a genius
2021 I wanna fill arenas
Got lil' shorty who model for Wilhemena
She ain't Filipina but she feel the penis (Ha-ha!)
I does all my recognition run it back give that a second listen Always had it I just added repetition
Label tracking data like a statistician, never had the vision
That I do I had to do that independent

[Break]
That was when I realized, I just gotta keep doing shit. I was looking around for a long time, looking at other people like they were doing shit right and I was doing shit wrong. And then I realized nobody actually knows what the f*ck they're doing. But the people that succeed are the people that just keep doing it [Verse 2]
Nobody got the solution don't let them give you advice
They try to copy the sauce but they ain't give it the spice
See I mix in the wrongs they only mix in the rights
Add everybody I lost and that's what give it the life
That's the recipe, that's the best of me
That's a lesson not a loss it's God testin' me
I know it's a rental car it's not impressin' me
It's not raw it's not real it's all wrestlin'
Gimme the belt now, I had a meltdown
They ain't do me no solids but they wanna help now
And I don't need ya it's just me and Kawika, Yeah
I let Corbett do the beats and on my reefer sativa
I know G gonna pull up with that casamiga tequila
I know we gon' make a record he gon' be on the feature
I can't release it, it's a big summer
Can't go f*ckin' up the bag it's a big number, yeah
So pay up, time to pay up, yeah
Still asleep so I gotta stay up, yeah
Them bitches hackin' at you on the way up, mh
But this a dunk ain't no f*ckin' layup, oh

[Chorus]
It's quite a challenge, woozy I find a balance
Drinkin' with my lawyer, had sushi with my accountant
Losin' touch 'n' puffin' a loosie that's where I found it
One hit of the cig and I usually feel nostalgic
Explain lyrics
Correct lyrics 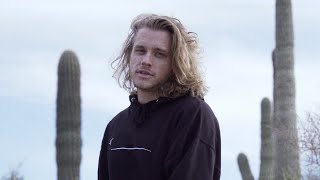