[Verse 1]
Broke out the cycle
Went from rock riders to the ringers and I'm tryna get fat
So I had four big plates for my dinner
Then told the YGs "go get figures"
Forget what you're wearing
Everybody's in the market comparing
I couldn't care less, cause I was tryna get bare reds
Rolling with something that's gonna bury
Back then, I was running round with the air ting
That's a phase that I've never been proud of
See my face and they know that I'm 'bout it
But they can never ever say what I'm 'bout on
Just how I like it, might consign him
Tell a man take it
Make sure you leave it just how you find it
My life's great, anybody that hates
Is a 14 plate, run out of mileage

Me? I could never run out of mileage
I grew up on the road of E3's finest calling
It's my life and I don't need schooling
There ain't a topic I been a fool in
There ain't a moment I been a coon in
If I see an avenue I move in, entrepreneurship
Don't watch my boat worry bout your ships
Me, I sale four ships, who would've thought it?

[Verse 2]
(Where'd you get that from?)
And it was sponsored, me, I never bought it
That's the perks of being me
I put in so much work so it must hurt to be a neek
Came through in the game and murdered the elite
Like guess who's turned to be a beast?
But you know the answer, cause it ain't hard
2015, they still spit the same bars
I don't really know about the other generations
But this generation, the kids came fast
And when they mention who lead that
Guess what? Guess who's nodding their head back?
You could get signed for a 20 grand major And not even make them ten back
But meanwhile, I'm independent
Anything I make, 100% back
Business mind like Lethal and Dench
You and your crew like batty and bench
Run up on shh, where's the rent?
Pay me the money or go back to the ends
Pay me the money or go back to England
Pay me the money or go live in a tent
It's just business, nah, we ain't friends
Ring the hotline to get things sorted
Clothes exclusive, newer than the store's shit
Might get more shit, who would've thought it?

[Verse 3]
They threw me the signs and I caught it
I ain't gotta stop it for nobody or anybody's energy
Irrelevant are what they're telling me
I know I've gotta get it by any means
Want Giuseppes
I ain't tryna be 23 with Js on
But now I'm 18, tryna get a wave on
Tryna be with God where my mates gone
And I'm visiting planet Earth but I don't wanna stay long
Cause I ain't the brudda to lay blame on
So you better watch your mouth
Cadell, they wanna block him out, it's impossible
Me, I'm all over the net
Literally all over the net like volleyball
I'd be lying to myself if I said that everyone's cool
And I shouldn't hear 'sorry' more
But take me back to the old days when I lived in Liverpool
Stan Collymore, should've went colly more
But for the love of the Ps
I embraced my love of the streets, breathed it in
Worst gets to worst, I wasn't into Call of Duty
But I can squeeze the ting
Like all of a sudden, he's the king
All real kings in the sky remember where the floor is
They don't believe me, come from E3
Home of the poorest, who would've thought it? 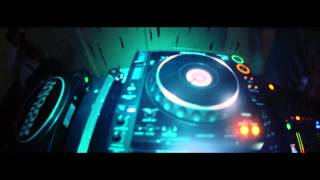