The Death Of Me Lyrics

The Death Of Me Lyrics

[Intro]
Trust me
Long intro
I ain't in none of that shit
I do what I want
Hotline Distributions, 2016, big year
Shouts out all the Roman Road massive
Devons Road, Poplar, Stepney, Bethnal
Whitechapel, Tower Hamlets
Listen
RIP Sawnoff, RIP Fizzman
Free the jail man

[Verse 1]
I don't ever wear jewels or chains
You ain't gotta know what my Ps like (that's real life)
And I ain't going into all of the politics
All you've gotta know is we nice (that's real life)
In Roman with my worst attire
Like motherf**kers never clothed us (you know us)
Still might mask up and take your food
And tell your plug that you owed us
Where was you when Gang Unit take the road up? (where were you?)
And when I thought niggas were real, they went and spoke up (that's what they do)
So I rang the real ones, we had a smoke up
We're getting money now, you'll hardly see us post up
Every day is a blessing so we've gotta toast cups
Every now and then, I focus on my own stuff
They already know that we out on the roads 'nuff
If this life ain't for you, then go home, cuz, remember that I told ya
Never forget
I look after my dargs cause I'm a vet
I'm loyal, so I might not f**k your girl
But when it comes to all them weapons, I'm a sket (I'll let it go, right now)
You know the block but you don't know about the set
That's because all of us moves correct, riding shotty
The driver drives and I direct
Love my pride and my respect but I reflect

[Verse 2]
And life never came with a manual
The field never had a referee (never)
I was lurking from Sabella down to Celadine
Back up to Thornfield and you know it's all real
They pree the situation, ask me how it all feels
I'm on top of the moon, I just turned down four deals (swear down)
Just let them rappers have it
Wait..
Moment of silence for them rappers tryna chase a deal rapping
Not 20 yet, but I can make your deal happen
It's 2016 and you're still dabbing?
If we want something done, then it will happen (will happen)
Sick of the same pavements, I need a vacation (I need a flight)
I could be dead and these people would still crave payments
Asked God if me and Kane could ever trade places
Always thinking 'bout the end because it ain't dated

[Hook 2]
That's how it is on these streets
I would never let it be the death of me
I'm in the field, there's no need for a referee
I led the worst life, it got the best of me
They ain't paying but instead, they try directing me like
"Are you sure that's where you're meant to be?" (meant to be)
Tell 'em you ain't ever gotta be impressed with me
I ain't your competition (nah), don't contest with me (nah) 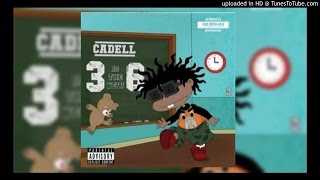 check amazon for The Death Of Me mp3 download
these lyrics are submitted by itunes3
browse other artists under C:C2C3C4C5C6C7C8
Songwriter(s): Cadell
Record Label(s): 2015 Hotline Distributions
Official lyrics by

Rate The Death Of Me by Cadell (current rating: 8.11)
12345678910
Meaning to "The Death Of Me" song lyrics no entries yet
Watch Video Comment Enlarge font Correct lyrics Print lyrics