[Verse 1]
I told them love will get you killed
Love will get you killed
People just bred because the love will get them deals
But real Gs who leave their feelings at the doorstep
Already know me said there's nothing to reveal
And I ain't sneakier than the weapons I conceal
From Devons to Brazil
City of God and you might see me a lot
Imagine me, 19 in a box
And everyone who hated me
Talking about the G that I was
Backstage in the strip club with five strippers
And the promoters with some dyke bitches
We was busting bottles, hotel's around the corner
This life has some perks I should have warned ya
I put myself first so they called me out of order
I know niggas dead without no f*cking son or daughter
GPS the feds was putting us on the marauders
Stay up off the map, getting money it's just flawless
And we lack, come back and clap your wig nobody taught us It's just trial and error ever since the chase with the mac
I got my life together, sticking to my profit and loss
I don't like the new era
Bitch if I weren't real I'd probably like you better
Who put the hood on 1Xtra, who got the cypher set up?
Who put in so much to the game it made their wifey fed up?
And niggas in the hood are talking that say I'm a set-up
I rap and wrap food, I don't care how grime is set up
And I changed my avenue, now I've got my business (Hotline) The last two years I wish I could relive this
I'm shooting f*ck a witness
I said I'm shooting f*ck a witness
Turn around and shoot the witness
Turn around again and shoot another witness
Killers don't admit this
(Aye follow my insta man, Lovewillgetyoukilled)

I told em love will get you killed 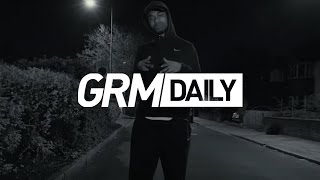