(Verse 1: BVA)
Jealousy's a cruel mistress, but I'm trying to kick that money-grabbing bitch the f*ck out, that's why I diss this
All I want's peace of mind for Christmas, people feeding off the Bitch and then they're point-scoring for their fixes is addictive
I can see it, and you can smell in the air like getting bare with a girl with some fish-lips
I'm on the grind in many ways and that's what I persist with
So I've got no time for the crime that's got the whole world convicted
I find myself hating rich kids but let it go, cause moneys' born from trees, man, you can watch it grow
And they were born into their lives, so me in mine
I free my mind because hating is a waste of time
And I've been scheming on their demons that be winking like they're leaving, but it's just a game of teasing for the wrong reasons
And I ain't perfect to the words get to be, it's just when jealousy goes out, I change the locks and the keys

(Hook: Rag N Bone Man)
Sometimes I just want peace of mind, but all the hate and the jealousy don't sit so nice
There's a presence, and the only one, cos' jealousy's a bitch, and I can't seem to hold her down (Verse 2: BVA)
Cold stares are so bare and now they're hating
Never say it to my face but pupils' dilating
The eyes never lie, mind like a constellations
Treat me like I'm rich, but they can't hear to pennies scrapping
But whatever's clever, Trevor, I'm just looking for some better weather, putting raw beats and real words together
Used to be living on the side just to hold the cheddar
But that track's a bumpy ride and I'm still no better
Did you know I worked 60 hour weeks, always jealous of the fellas that were kicking up their feet? It's bleak, never a trust fund- shit
I've been putting ransoms together ever since I was a 16 year old kid
I'm surrounded by these dip shits that miss fit perceptions, wearing lipstick, getting erections
The hate's building and I'm collecting, with a wrecking ball through their section, using some simple words to dissect em'

(Hook: Rag N Bone Man)
Sometimes I just want peace of mind, but all the hate and the jealousy don't sit so nice
There's a presence, and the only one, cos' jealousy's a bitch, and I can't seem to hold her down
Explain lyrics
Correct lyrics 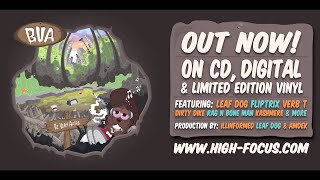