[Intro] Verb T as Dick Trusay
Yeah yeah this is Dick Trusay you're listening to Dick In The Morning back on the airwaves, back in your f*cking ear hole dicking out your ear. Ear not rear, man's not a batty! But it's all good these days to be apparently but man's not on that ting unless it's bumming a woman. Next up we've got the bad man BVA 'pon the ting from the new album. This track's called Gifted featuring Verb Twazzer. Bang! Let's f*cking go! Let's 'ave it!

[Hook] x2 BVA
We're gifted in the way we flip that script
Ain't boasting, feel like I gotta give that shit
We're probably misfits but don't just use words that fit
It's concentration we're breaking off more than you can spit

[Verse 1] BVA
This is more than some mythology
I'll be what you wanna be's wannabe
Underground beneath the sea of G's
Go get your degrees, I'll smoke some trees
And still come sicker than a leper and come off just like [his knees?]
My policy is give a f*ck what they all say
It's all cock and ball play, I do this the tall way
Head high and puree, rapper's like they're brutes
Pack soul and dig deep, so heart's and spades are my suits
One of music's troops so I'm listening to anything I use it like medicine or fuel for my menacing
If this was America you'd be chilling with the Mexicans
Skip the border, just ask Disorda we gets it in
Coming with raps like a dealer
Salute the BVA for selling weed, now all I'm selling is a leader
I make the track aggy but me I'm a peace keeper
Cus it's on the record like the one they signed in Geneva

[Verse 2] Verb T
Me and BVA reach out and seize the day
We just changed everything, shit'll never be the same
Shoot from the hip you see, many sound shit to me
If this a competition then you gifted me victory
I got presence on the mic, now you f*cking know
Spit a dope flow, then I wrap it up with a bow
But I'm not selfish, I gotta spread the gift
Women want Verb T on December 25th
Under the tree, wearing nothing but a grin
Do they? Or do they ask man what the f*ck is up with him?
It's The Four Owls, deliver like three kings
Glasto to Peking, the rap's so appealing
You wanna chase fame, but that's so demeaning
When all you ever really do is cat flows and eat dick
Deleted, you'll never work in this town again
Trends come and go, but you know the real sound remains
Explain lyrics
Correct lyrics 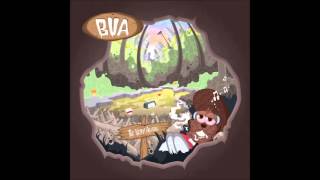