Mikey was a little boy
He loved to watch the clouds
He was born to fly
Mikey joined the Navy
His father was quite proud
Mother never wanted it that way
He got into the cockpit and rose up in the sky
Set his sights on Beiruth, and let his missles fly
Boom boom!

The fighter banked into the night
Then he caught a SAM
He rose up into heaven with Jesus in his hand
Scenery was so beautiful, could not believe his eyes
Then he spotted John Wayne, he knew he had arrived
Jesus interupted him, he had something to tell
They had to speak with Allah, and he sent them both to hell
Boom boom!
Explain lyrics
Correct lyrics 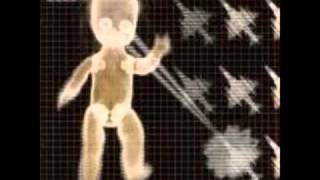