Three in this to grass it up like me
Besides TNT, see an N and BG
My visionary which is skippin on my D-O-G
I guess it was a S-O-S from G-O-D
Chaos has arisen interteller space souls (SOULS!)
Cellular, good ridance, like keypads wit ol' bass
Third planet states while the rest of the world waits (WAITS!)
Joy to the world, meaning hell, snow and earthquakes
Participates, modulates
If comets were round plates, bitten names gates
For only those that ???? relates, case after case (CASE!)
Dinco's on the next space
Movin strategically in the Solar System's waste (RAHHH!)
Size 25, the lymph still be in place (HAHHH!)
Stretch and extending, for flexin is impending
It's not mind-bending or *?refriending?* to keep remembering (HMMM!)
Cos everybody's people gonna die, or believe (WOO-HOO!)
we dispense necessity, to shout and receive

KEEP IT MOVIN' ALONG

People in the party, are you really feelin?
We ain't seein eye-to-eye so you ain't really seein (SEE!)
I be hippin all type of niggas, sayin f*ck that nigga Blow
When they see me in the party, they better act like they know
YO, we connectin dots that makes spots hot
Uhh, to the beat'cha (Y'ALL!), ah ya don't stop (STOP!)
Notice, how many groups can formulate then lose focus
With a lot of hocus pocus, concepts that sound bogus
I'm seein the world and all its different kind of poses (WOO!)
Crush you like roaches, that's keepin the crowd movin (HAA!)
Mr and the dancers, who said "Culture consumin?"
Never face, he ????? ????? and strength
Cos I can terminate, like a dirty hypodermic needle
My vision's clearer than the sights on an eagle
Stop them bustin high, bring the head back to my table
Don't front, circle circle, dot dot, you catch your speed, not
Feel that, cos this type of vibe sounds done
(Far from the...., to the doe-run-run-run to the doe-run-run)
(YES!) Yes to the beat-boys and your ass accepted
Exclusive, L-O-N-S bringin the ruckus, wild aggressive

Now don't get me wrong, CHILL!!! Let me out, no question, no doubt
????? god is a drought
I've come to wet the party like a tropical depression
????? mixed with scherm for this musical session
(STOP!) stressin, testin, second-guessin, who's 'fessin?
Life is a lesson in disguise like a blessin
Blinkin, kickin, better back up chickens
The guns stun split, I keep it real, front *?worm?* (*?WORM!?*)
Cos I'm like a ???? hands therapeutic
Measurements, square, feet, and cubic
We're all makin pennies off a record, so who needs the paper? (WHO?)
The man in Manhatten lampin in the skyscrapers
How much can a nigga take before he break fool?
I tell ya cool, with the New School
And the tool to examine my unorthodox pattern
From Mercury, Venus, Earth, Mars, Jupiter and Saturn
and don't forget Uranus, Neptune and Pluto
Flow deeper than the lava inside a volcano, bro
(Never snitch, never dominate
I'll be wild, smokin drowsy)
f*ckin up my economics, is it rather ironic
Sippin gin, juice and tonic
Like Shawn Kemp with some hemp, super sound and sonic
Baby, above your head, below your feet and it still wimp
C-Boogie Brown, my shit is brilliant

Yah yah, yah (AHH!)
My shit be so ginamic
and I'ma take 4 steps and cross the whole Titanic
Better believe I (KEEP!) movin (OVER!) people ?????
You know my crew funk, bringin in full flaga'
Bringin it back like I'm fresh out the box, pair of broke ass 69ers
(IS THERE NUTTIN NEW?) All in the house so open up your blinders
Yo, I be the Moses takin poses
When the wine flows so beautiful like a large bouquet of roses

Keep it movin now
No need to try to stop it, we gon' wreck shit anyhow
Your, limitations is somethin I never will allow
When we bake the cake, I be that nigga that brings the icing
Disregard your whole identity and revoke your driver's licence
You know I blast in your ass real fast
Got your bladder burning, desperate for a bathroom pass
My ????? like a Busta Rhymes statue made of grass
C'mon, hypnotise some ass, shit so hot, better jump in the water, nigga
(SPLASH!)
Breakin fools at parties like a ruckus sound class
Make a philly down the back and mix the weed with more hash
I will wash away your pain like Draino
Erupting like the angriest volcano, or the wickedest whirlwind and tornado
We stay up in the streets, cruisin, me and my whole crew, gotta.......

This one goes out
to the three brothers that I love the most, in memory of this song
My man Ratto, my man Big Joe, my nigga Love
Them niggas rest, most comfortable
Peace, L-O-N-S, forever 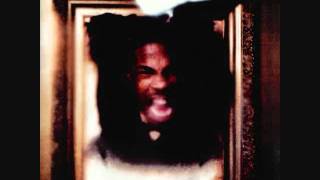