[Intro: Buddha Monk]
There are eight million stories
in the naked city, choose one...
Yo, it's time for a change, yo
All our babies is dyin from AIDS
Children are in the hospital
cuz their moms beat them
in broad day on the streets
We got to change y'all
That's how it's goin for you
so here it goes, c'mon now

[Chorus x4: Buddha Monk]
Life's a scheme, it's all about the cream
Gotta get over life and fulfill ya dreams

[Buddha Monk]
I grew up on the streets, where shit was somethin terrible
Drug dealers, gun slingers and f*ckin rebels
They was out to get knees to feed seeds
Takin mad g's, killin their own breed
Heartless to this game to get a gold chain
Never thinkin who they killed, skin was the same
It's too lazy to realize what you've done
Here lays the brother's dead victim's son
Things break out and kids start fallin
When yo' kid is shot, these three Gods will start callin
You lost your foes and you lost your soul
So ya hide up in ya house cuz ya thinkin it's the gold
Ah, now it's too late, they see you down that block
Aimin at that head with two nines, never glocks
So take up and take heed my friend
because now is the time, your life will now end
cuz...

[Buddha Monk]
As I stand on the corners with my friends, drinkin gin Waitin for another nigga to commit a sin
Ah, there he goes, just walkin down the block
Thinkin that he's hot cuz his glock rock knots
Sprayin up shit cuz he thinks he's the man
Robbin and stealin from the niggaz in his Clan
He's trife, when he ignite, he socks light
he put seven of my friends in the past life
Yo, I'm tired of the shit that he's done
Let me call the Gods and get the gitchy gun
(Blaow! Blaow Blaow! Blaow!)
Light chunks spray all over the place (AHHHH!)
I seen the brother's face, put gun to his face

[Buddha Monk]
Yo, next on the menu, from here we continue
A fifteen year old girl who wants to feed a f*ckin kin too
She had big tits, long dress with slits
and every nigga on the block just wanted to dip
But what they caught was bad ways and bad decisions
That was one thing that the bitch forgot to mention
Late in the hall, sex on the wall
She's havin mad fun, you catchin clams on ya balls
It doesn't matter to this type of trick
cuz she knew she burnt niggaz, had a gun with two clips
She laid and prayed cuz the rent wasn't paid
Till finally, one day the bitch caught the germ AIDS
Now she feels that she shouldn't have done it
To my f*ckin niggaz, please weight ya f*ckin garments 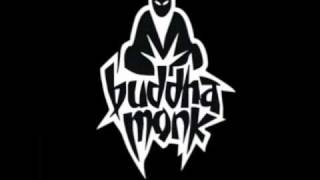