[Intro: Buddha Monk]
I want the whole entire Clan
I want that shit to sound like it was stompin, for real
At ease, 10-4
There's only one that will ? to have the powers of truth
I want my soldiers to be dignified soldiers (Sir, yes, sir!)
I want you to march forward and bring forth the truth
*chanting of "Zu" begins*
I want you to go forth at 1,200 feet per a second
My troops are you ready? (Sir, yes, sir!)
Buddha Monk? (Yes, sir)
I want you to show and prove the powers that the ???
Are you ready ??? (Yes, sir)
*army soldier marching chant begins*
Pick up the pace!
*army chanting speeds up*
Take your left foot up!
*chanting stops*

[Buddha Monk]
You must be crazy to sacrifice your life against this Manchu'
I bomb you with the tactics, and I don't warn bastards
So think fast, watch this God cut like glass
Bring your frame fast and make you do the thirty yard dash
That's yo' ass, my kills make me the last man that stands
It's that Brooklyn Zu, damn, they want you to raise your f*ckin hands
I'm equipped with some shit that's dark, kill light like an eclipse
Now bow down to this God, and all wish you will give to I
Then infiltrate, I make moves like an earthquake
Make them bitches get down and pass it to you on a slate
Then my oddessey sees many Gods, I thought I see you flinch
Don't mind him, yo, drag him, punch him in his shit!
Assassin with quick slashin, verbal smashin
There's no need to be askin, who be burnin you f*ckin bastards I'm mastered, and I'll attack like a praying mantis
So visualize these words, over across seas enhance it
You're banished, the retro-scale shows a hundred percent damage
Most niggaz parish from f*ckin with the Brooklyn Zu elements!

[Interlude: Buddha Monk]
*chanting starts up again*
Don't never f*ck with the Brooklyn Zu elements!
All my soldiers, stand forth!
Show no fear!
Pick up your feet!
Now there needs to be some teachin goin on!
Are you ready ???
*chanting stops*

[Buddha Monk]
Alright, enough of nice, this next recite
Take life niggaz, and burn slowly down your windpipe
Sharp as ever, hellbound Brooklyn Zu predator
Whatever, we can get down in any weather
I'm a marksman, fat, round, royal blood kin
Dirty psycho trend, (SUUUUUU!) here come the Brooklyn Zu men
There's a thousand men rushin in on one way, how can you win?
Monk accompanied by X-Men and 4 psychos who'll babble off your shin
I'm tired of y'all heathin, schemin to make me start leakin
The first nigga open his mouth is the first nigga to start bleedin
Yo, I mean this, I'm like a Q-Tip cleanin out yo' penis
And most of you niggaz will rotate around me like you're f*ckin Venus
At ease, here's a tissue for your nose bleed
Watch this Zu God seize, like seeds, that of Johnny Appleseed
You wanna battle? First power, I see, hears you
Defy the laws of gravity, then my brain injects in you!
Now! 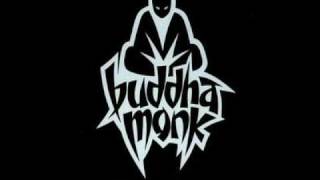