You ever rolled up in a convenience store with a forty-four
and told the cashier to drop to the floor?
But you didn't take anything but a bag of chips
a half gallon of milk, some juice, and a box of grits?

[Bubba]
Nah but I might walk up in Kroger, head straight for the DVD's
Stuff 'bout four of 'em in my cargo, smile and flee with ease
Then hit up the Super Target, exchange 'em for store credit
That's sixty dollars worth of grub, some squares and a case of Bud

[C.I.]
Yo.. yo you ever invested your money in some internet stock?
Seen how your cheese multiply quicker than sellin rocks?

[Bubba]
I invest in pharmaceuticals like Xanax and Loritabs
Take 'em all with alcohol, then hunt for some more to grab

[C.I.]
Yo.. you ever had a chick with no brains, but liked to give 'em
that had the nerve to ask you to scream her name while you hit it?

[Bubba]
Haha.. nah but I know this Betty who licks ass for her enjoyment
She also takes golden showers and drinks the piss from out my toilet
And when it's time for the deployment of doo-doo from out my anus
She likes to catch it in her hands and lick the excess from her fingers

[C.I.]
Yo, you ever tried to purchase a car with a personal check?
Have your lady call you a dog, and send you to the vet?
Ever been in trouble with the cops, for more than three times
from tryin to sell digital video cameras to the blind?

[Bubba]
Mannnn f*ck purchasin a car, I live on "New Jersey Drive"
Athens Georgia, three-oh-six-oh-five, that ain't no lie
And my girl don't even speak cause I get violent when I drink
But it's perfect cause she don't talk, I need some silence when I think
about the thirty-three times the law tangled me up
With chunky tray, legs up, stuck, thinkin we f*ck
Well screw 'em they ain't enough to stop these Sparxxx from flyin
If Bubba ain't the truth that just mean that my heart is lyin

[Chorus: repeat 2X]
No matter what you ask me, I'm givin you Bubba Kay
Just the truth of the matter okay? f*ck what you say
Nuttin more nuttin less, I'ma get it off my chest
C.I., spit what I feel, regardless

[Bubba]
Would you rather move two thousand units and be critically acclaimed
or sell two million out the gate and be labelled lyrically lame?
In other words, would you prefer to have dem mics in The Source or a Grammy, some jazzy broads, a little ice and a Porsche?

[C.I.]
I ain't gon' lie, I'm tryin to sell three million out the gate (okay)
And get six mics in The Source off of lyrical force
And push a custom made Porsche and a Range with the woodgrain
And spit verses sharp enough to cut straight to your brain

[Bubba]
Well, you ever f*cked a chunky broad, weighin three hundred plus up
and actually took some pride to the shit, and didn't rush none?

[C.I.]
Yo.. when it comes to big chicks, C.I. plead the fifth
Cause I only weigh a buck-fifty and I don't own a forklift

[Bubba]
Man have you ever snorted coke 'til your heart sat in your throat
then took your whole advance to buy more, and woke up broke?

[C.I.]
Yo.. C.I. don't do drugs, I hang out with corporate thugs
that transport microchips and oriental rugs
Then sell 'em on the streets for as much as they can
The only Coke I mess with comes in sixteen ounce cans

[Bubba]
But would ever consider dancin with the devil for paper?
Fly with me and Fred Durst on an embezzlement caper?
Would you bet on the Lakers if Jordan played for the Clippers
or leave yo' girl and move to Vegas with a STABLE of strippers?

[C.I.]
Yo.. I wouldn't dance with the devil, the stocks are too hot
And if Jordan played for the Clippers I'd claim Cali like 'Pac
And I'm not into embezzlement, I like hostile takeovers
Corporate jets, BMW's and Range Rovers
cause they're tax writeoffs, they're all business expenses
And as far as that stripper, yo I let my man hit her (man c'mon)
C to the I, Central Intelligence
And if I did touch her believe me you wouldn't find a trace of evidence

[Bubba Sparxxx]
Yeah (C.I., and Bubba Sparxx, nonsense)
I think in conclusion, it could be said
That no matter where the f*ck I'm at
No matter who the f*ck I'm around
I'ma do what the f*ck +I+ do
Ride walk leave it or love it I don't give a f*ck
Now I f*cks with a motherf*cker like C.I.
'til we both bleed 'til we can't bleed no more
just cause I know he'll do that same type of shit
The East, the West, don't forget about the South
Don't forget about the motherf*ckin South
Bubba Kay worldwide, ay
Venice to Venezeula, (?)
Y'all know what the f*ck it is.. (?) bitch 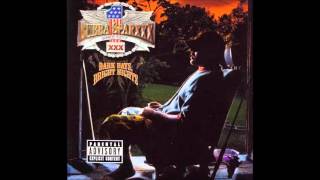