[Verse One]
Times so hard when - dogs eat cat food
and cats don't eat cause cats can't compete
It's survival on the streets
A true raw deal, blame it on feel
The notion to survive
Hangin on to barely one life left
I take a deep breath before I climb the pissy stairwell
The elevator ain't worked in years
Painted with the tears of a (?) rape victim
And stud already out of prison
so I rely, on my night vision and
watch out for stick-up, or get stuck up
Change up my routine I mean
Bull{shit} ain't nothin but a word, keep my ears to the curb
Brothers screamin bout, "43rd" but that ain't what I heard (yeah)
Truancy officer in the parkin lot
Nickname Mr. Spark-a-Lot, high as hell
Just checkin off names, as parents walk by
Don't even question that it's strange

[Verse Two]
I feel the millenium come
And we'll all become, dumb, deaf and blind
I wrote this rhyme when I was walkin in the damn rain
Constant pain, inflicted by injustice
Don't trust this, I know what it feel like
to be broke, walkin through the alley
Contemplatin crimes, I'm, about five seconds off it
Waitin to start it with barely enough change to make
one phone call, but call who?
To pull me through the muck (yeah) stomach pains
Hunger cramps, my brain headaches exaggerated by
resteraunt displays all day
And food smells, lie trapped between my nostrils
I'm feelin hostile, I vow, not to react black
And act on the basic instinct and will to live
I got more to give (yeah)
But the situation at the crib is a trip, I wanna flip
and change my whole personality
Cause I can't deal with reality
.. it's just way too much 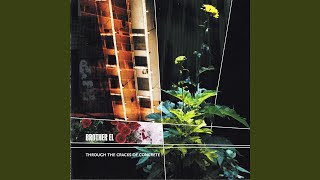