That's What I Said Lyrics

That's What I Said Lyrics


(Lynch):
Now I'm the type of nigga that'll leave a horse head in ya bed
Sleep with ya wife, then commence to knifin'
Get away clean with the scheme glock 17 in my lap
As I creep away in the black Cadillac
Cuz you know I got shit to do
Fake ID, cuz I been murderin' muthaf*ckas like HIV
As I creep real slow through your blood vessels
Five weeks later, nigga, God bless you
Now I'm stressed with the Smith & Wess
My music career ain't been the best
Bound to have my momma wearin' a tight dress
Bitch make my money right
Or get ya throat slit an drug in the bushes as ya inside gushes
Then I'm smashin' through the night, Mozzaradi with Cauz
He hittin' corners hella tight
Nigga you know I'm right
My momma taught me, nigga don't give a f*ck
And when I die, crumble me in a joint and smoke me up
That's what said

(Loki):
I'm high up off the hocus poucus
My diagnosis is a murderous psychosis, and muthaf*ckas know this
I'm quick to pull the pin up out the grenade
And hand you the pineapple and say here muthaf*cka, hold this
Loki and the murder show, the sequence begins with freaks in the mo-mo
We seein' alibi's provided, we frequent, and now my niggas ridin'
Slip clips in the pen, and do that shit, smoke the buddah shit
See when they say siccmade, whispers in your ear, the taste is bitter
Blowin' muthaf*ckas into smithers
Triple X liquor, with nuthin' but curse in our verses
Obscene, unfit for major mainstream magazines Lace you up in kerosene and see that ass ignited
I mean we got the V-8 for your gangsta lean
I seen war machines and street marines
Dirty nina's in the hands of ghetto fiends
I'm caught between the hard life and ghetto dreams
I got schemes with black berets and get away like O.J., clean
The ripgut, he got the cannibalistic QZ, and the illegitimate got another 16
You see the front page news only show the inmates, and not the cage
While elections play with the public's rage
f*ck those who criticize, let 'em lead their lives through the shit we done
And then say that we ain't right
That's what I said

(Lynch):
Black pits in the backyard, I don't feed 'em
Hafta buy a pit a week cuz gone eatin'
Off that Mad Dog 20/20 I'm bout to take my money
Ski mask, gotta manage, better take advantage
Understand this, radiation and mushroom blast
It's almost 20G, I gotta plot my shit and get my cash
D-Dub around the corner in the Impala
Zigg Zagg in the trash can with the auto mag last time I saw her
Beta, stand look out by the liquor store
Loki, you hear some movement, nigga you know, do that hoe
Time's murder so I'm time plottin'
Creep with a hand cannon, takin' out every nigga banstandin'
Cuz I'm aggressive like a wolverine
Beta done caught that ass and got the gasoline
Hot out your worstest dream
Then it all adds up to sittin' in Hawaii
with a AK on my lap off that puffy stuff
That's what I said 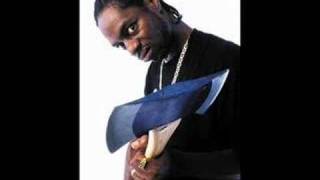 check amazon for That's What I Said mp3 download
browse other artists under B:B2B3B4B5B6B7B8B9B10B11B12