(First Degree):
Shit done changed, the strip got bigger
To make my ends I got the wheel and the trigger
I get my swerve on with the 80 P liquor
The liquor bring out the nigga in this nigga
Got me huntin' with my musket, barred down with substance
Bringin' my ruckus to the rival f*ckas in rival clusters
I'm still givin' birth to perfect joints, I keep it steady
Still mixin' up with skeet sours, I like them heavy
Heavy'll put a little bass in your voice
Yamps choice, no Rolls Royce but I keep it moist
I keep it saucy, ya bossy bitch talkin' that costly shit
Bossy bitch think she too flossy to trip
I'm First muthaf*ckin' Degree, not your average,
I'll have your boulevard hoppin'
Poppin' off when a baller pack a package of suckin'
f*ck you f*ckin' up duck, stuck like Chuck, now, now getcha dome in the trunk
As we donut, I dump, I seen too many moons, took the minds of too many bufoons
Fools with no clues that love to watch my aura glisten,
they still don't listen
I...I got pot that's hot to trot, can't stop, won't stop
I got Lynch Hung in my backseat sniffin' for cops
I receipts of tweed purchase, medical purpose, write off at text time
So ya'll go home, light the smoke, it's relax time

Chorus:
Now I apologize for smoke on my mind
I been workin' hard and I got to unwind
About the J.O.A. stayin' in my brain
But I'm seconds away from goin' insane
Now I need to lift away

(Lynch):
Now you niggas know I come sick like a lunatic
Man, they must be high cuz they really don't know who they f*ckin' with I used to have them all bombed out
Drink Alize wine, then rhyme and smoke tweeds till we dropped out
I got the chop out, no doubt,
cuz if it ain't about rappin', gunplay's gon' happen
Cuz I'm tappin' at yo' window, off that Indo, more sacs than Santana
Better check your antenna on your radio or your stereo or your video
Cuz I'm not that pretty, but in the bedroom I'm critical
You got your chance, now use
Hit you with the Loaded album, coutesty of Siccmade Music
Evidently you got something against me
Don't you tempt me, minty smells of the 20 sac of Indo, Killafornia's best
Player haters die a slow death, slow death

(Ice-T):
I don't wear no Chuck Taylors and don't sag my pants
But I still lift the switch and make this 64 dance
More niggas with me now than I had in the hood
And they down for whatever and that's all to the good
Wish you would test my technique and heart, nigga what?
Nigga, f*ck that, bitch nigga what? Baby, duck!
What you wanna do now, ya bleedin' from the floor
Nigga wanted beef, now he wants beef no more
That's how I'm coming 9-6, bitch, rich and mad
Hoes in bikinis, rag Lambroginis, overseer runnin' mad streets
Creepers with beepers and stash spots for glocks
And under car Escobar style, buck wild, you been there, you know the terrain
Niggas go insane, tryin' to get the green
I'm just surviving on the streets with my peeps
And I'm livin' for the day I catch a punk on the creep, yeah 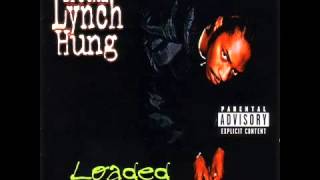