One Of The Last Lyrics

One Of The Last Lyrics


Now bigger than life is...how I'm coming out,
rigorous,and vigorous,
you niggaz know what I'm talking 'bout,
I want cheeze and lettuce, and my wallet so fetish (fatish),
and I want to break through like Jerome Bettis, (pro-status)
all this time I got rhyme on my mind, every dime,
I spend it on some weed and some studio time,
drink O-E out the Mickey's big-mouth,
my point is, I'll be in the cut trying to keep these snakes out
my house,

(chorus)
I'm one of the last sick niggaz that you've heard thus far,
you can bump me at your crib or while you're off that nitro in
your car,
but I don't say that to say that I'm a super star, but if you get
high then you can feel me no matter who you are,

(verse 2)
nigga now I shit lyrics, but I can't use 'em, have your son
tripping Brotha Lynch hung loopin',
they be off that bottle talkin' 'bout,
"Brotha Lynch be talkin' 'bout, sick shit I heard he ate his momma
out,"
now how('s) this muthaphukka 'gon write some shit, about the Brotha
Lynch hung 'cause he('s) killin' in his song,
he say,"that nigga(z) shit(s) tight, but he ain't shit",
he say,"god as my witness I heard he f*cked them bitches" which is supposed to be wrong criticizing my love song,
you get the rope f*ckin' with the Brotha Lynch Hung,
roll in formation, make intimidation, 'catch you on your weed high',
(echo)
I tore you up like a pitch bent, feelin' dick hard, well you better
get your bitch then,
It gets thin, and I'm off this Black and Mild shit,
Tall-can told me it was smooth and now I'm buyin' boxes of it,
trying to relax and deal with these taxes,
'cause they be at my checks with them axes,
(and them) twenty sacks is, in the back seat,
I'm [f*ck me if I know]->licin' this,(lacing this)<-close enough!
hope my muthaphukkin' baby's momma ain't no sheisty bitch,
she want(s) to publish, all right that's cool,
she wants some other shit, get off the hydro tube,
niggaz always think I talk about 'em 'cause I talk shit,
my worst nightmare is killin' my bitch for trying to keep my grips,
I'm like Mark Spitz, I'll swim a channel for my shit then watch your
heart split,
I'm doing damage your bitch, and while your heart switch(es) you
better remember where you came from bitch, 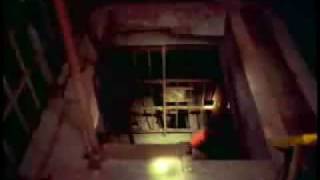 check amazon for One Of The Last mp3 download
browse other artists under B:B2B3B4B5B6B7B8B9B10B11B12