In The Backroom Lyrics

In The Backroom Lyrics


When Se&ntilde;oritas walk at night,
Haba&ntilde;eros on the move,
It's music to their ears in the backroom.
If there's money to be made,
And it's a hundred in the shade and in the backroom,
She's sentimental like the last
Of the foreigners running past her to the backroom.
And if things aren't sweet in Mecca
She'll be begging for forgiveness in the vacuum.
They're taking pains with California,
And they're guaranteeing boredom for the monsoon.
And apart from what was offered
There were mothers buying orphans at the auction Youre much better off in Twos
If you're coming to see the carnage in the backroom.
Doubled over on the table
I was concentrating harder in the backroom.
Weaving in and out of consciousness
Hiding out behind the entrance to the backroom.
It took longer than expected:
They had difficulty swallowing capsules.
We had a keener nose for trouble
Than the sniffer-dogs at Heathrow -
You'd be trousers down in no time in the backroom.
Almost nothing in the papers...
Told me it happened when they emptied out the backroom. 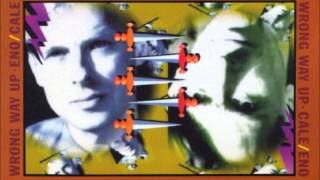