The battered knight stood upon the hill
He catches his breath for a moment while everything is still
He's battled for days, he knows he hasn't much left
He knows his end is coming, yet he'll die with no regrets

The farmer stood beside the knight
Armed with a pitchfork and a scythe
He didn't want to pay his taxes anymore
He was sick of seeing the rich feed off the poor
The collectors came and tried to rob him blind He refused to pay his taxes, they called it a crime
He ran them off, sent them penniless without a thing
He was the first man not to pay the king

Chorus:
It's the last act of defiance
A union against the king and the crown
Side by side they would die together
United together to bring the system down

Together in unison they marched on the king
With a roar outlawed songs they would sing
The revolt is in motion, they have to be brave
For they'd rather die as free men than to live as slaves 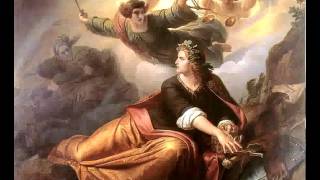 check amazon for Last Act Of Defiance mp3 download
these lyrics are submitted by burkul
browse other artists under B:B2B3B4B5B6B7B8B9B10B11B12