Deeper
Boss
Rilla Go Lady Calling You Comin' To Getcha Livin' Loc'd Love Is All There Is Run, Catch, And Kill Recipe Of A Hoe Progress Of Elimination I Don't Give A Fuck
Deeper video Boss twitter

I don't really wanna feel
Like I'm in daze
So I smoke and kill
Just to deal
With the ills
Life is f*cked up, trip (Damn!)
My skills ain't payin' bills
And it's f*ckin' with me and my grip
I drink that St. Ides shit
And smoke a ticket
At the same time
Drop a wicked rhyme on my naughty nature
I'm livin' foul (You livin' foul?)
Like the nigga 'bout to bitch
I'm not the woman to sleep
But I'm lost (Yo, that's deep!)
Cause I be on some old "I'm tired of niggas tryin' to come up off a bitches" type thing
And if I don't react the way he want he might swing
His little trick-bitch-ass in another direction
Then don't even use protection
I hate stupid shit assholes can avoid
Yo, and if worst came to worst
I run a board on unemployed
Cause who the f*ck cares
That I got grey hairs
And can't sleep
Know what I mean
(Hell yeah! That's deep!)

(chorus - repeat 2X)
Deeper and deeper
What can I do?

(This is deep, but I'm going deeper!)

Every now and then I start flippin' and get to thinkin' about deep shit
Beyond all that bullshit I shoot at people (Yeah, I know what you mean)
But f*ck it I'm evil
And I'm hip to every bitch tryin' to get a grip
And every nigga tryin' to get a grip
But f*ck that shit
And I say, "f*ck that shit!"
With my mighty middle finger
I'm heavy off into this rap shit,
f*cking singers
Yo, I think I'm gettin' pissed
Cause my dollars ain't makin' no f*ckin' sense
But then again
It's probably all that Chronic that I smoked
I used to be like that
When I was out there slangin' dope
But lately I've been flippin' on some old paranoid shit
Like looking f*ckers up and down
Tryin' to start shit
Cause I'm a hard bitch! (So why don't you just soften up?)
I try to be cool but I get caught up when I go to clubs
Straight up
I don't even trust myself (Yo, you can trust me) f*ck I know (I'm just like you)
Right, that's deep

(spoken by Def Jef)
Yo, Bo$$, that shit you talkin' 'bout
That's some deep shit, I'm telling you,
Motherf*ckers can't really get with that
Or relate to that shit

Aye, yo, I got them buckwild thrills
Livin' foul skills
I'm tryin' to get to Watts
But I'm stuck in Baldwin Hills (Damn)
Tryin' to find myself
For real though,
Check it, if I just rewind myself
I'm seein' that they, they don't hear me talkin'
But it's time to get a stack
Cause I'm about a second away from goin' back
To the corner slangin' dope, (Nah, you don't want to do that shit)
Gankin' brothers, jackin', high-cappin', Moms,
I may be losin' my mind
But better that than my heart (Word)
I talk a lot of shit
But I can back it all the f*ck up
I'm real cool people until some bullshit gets brung up
Look here,
Believe me I ain't comin' out my crib
Tryin' to snap on life
And run out and do some dumb shit
So I be takin' another sip to relax me
And get them problems out my mind that distract me
Life is workin' on my last nerve (Yeah, I hear you, G)
I'll see your ass next week, peace (Yo, that shit is deep)

(chorus - repeat 4X)
Deeper and deeper
What can I do?

Aye, yo, I got them buckwild thrills
Livin' foul skills
I'm tryin' to get to Watts
But I'm (fade - out) 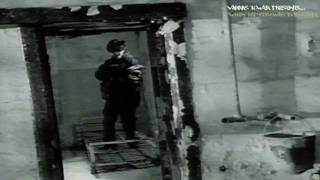