The Ballad Of Moose Bruce Lyrics

The Ballad Of Moose Bruce Lyrics


He's over the woods and through the trees.
He catches the crooks & kills the thieves & afterwards
he laughs.
He cracked the plot of the evil man.
At the sight of his face the henchmen ran
& afterwards he laughed.

& Oh what a silly world it is...
With no superheroes born to it.

He's off the hook & fancy free.
He can't see the forest for the trees.
At life's allure, he laughs.
But soon, he sees the hill.
Retreat, retreat, retreat until he passes past the
past.

& Oh what a silly world it is...
To be so miserable over something inane as this.

He's out for good & off the pills.
He can't pay rent, but better still he'd rather have a
laugh.
But soon he sees the hole.
Defeat, defeat, defeat.
Your role was not to be the man.

& all he'll ever know
the roses and rainbows
& never knowing what he had.
another night another time...
& oh, you'll never know the way the old men go.
To see it all so uniform, to be wise beyond your years.

So smell the rose, you'll see it grow.
Make love to those be friend or foe.
Get up & go, the rooster crows.
& touch your toes - just like so.
Your life's a boat - you have to row
Collect and stow the things that glow
& write these things down all in prose.
Tomorrow's never there until you are. 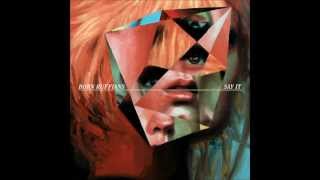