eLyrics B Born Against Lyrics

Set Your Am Dial For White Empowerment Lyrics

Set Your Am Dial For White Empowerment Lyrics


Rush Limbaugh's on the air again proving they're all guilty until proven...
When he hits the captive rush hour they'll be laughing right along. Aunt &
uncle tune the radio in make my cousins in the car listen so someday they'll
be able to distinguish white from wrong. As they scramble, ramble...
Scrambling from the cities too, Newark Detroit L.A. as a cue to the gun permit suburbs swelling on the edge of any town. And on the radio callers have a
catch in their throats, maybe some tiny hint of some growing alarm as they
scramble, scramble, ramble... House to house drag brown faces into the shit.
And on the radio white folks call up to joke so fed up with this liberal
government, set your am dial for white empowerment.
Explain lyrics
Correct lyrics 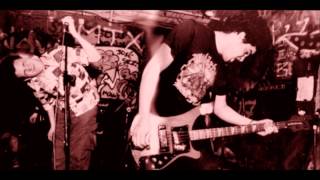 check amazon for Set Your Am Dial For White Empowerment mp3 download
browse other artists under B:B2B3B4B5B6B7B8B9B10B11B12