You wanna test me are you stupid?
Gotta be out of your f*ckIN mind
KRS-One is the DON, seen?
Come down Kenny Park-ah!!

Check it out
Everytime KRS-One steps in the jam
The party is packed, he got the mic in his hand
Brooklyn's ready Uptown's in the house
Kenny drops the beat and we turn the party out
That's it! None of the gimmicks, tricks, oh it's
you either have the hits, or the crazy hype lyrics
But MC's come half-assed, and lookin pitiful
None of em lyrical but their ego is critical
Like I said I'm not a Muslim but to Allah I'm obedient
Some MC's on the mic become Muslims when it's CONVENIENT
And I've seen it!
Real Muslims praise Allah, and they mean it
Others are dreamin it with Sex Me and Do Me and
I'd rather listen to the Brand Nubians
You know it's funny everybody wants money
And material things from cars and chicken wings
When they sing, they sing for the cash
They fail to realize, respect will outlast cash
You get respect by bein creative
and yes a native to your audience, so you know reality
In other words, if you ain't a gangsta why play you a gangsta?
If you ain't a hoe, why sell sex?
If you believe in Allah, how is it you can only work when there's a check?
All of this is incorrect
First should always come respect
The charts are not equal to the respect of the people
Their respect doesn't weeble or wobble
They know the difference from an artist and a lip-syncin model
Right on stage, you'll get a bottle
You're-holding-my-dick-like-a-throttle

I'm the freshest thing on the mic don't mess with me
I'm fresher than your grandmother's fried chicken recipe
don't test me, you ain't a chemist and I sure ain't chemistry
You're not a mathematician and my name ain't geometry
You're no astronomer why see me as astronomy But I'm a Parker so I'll play you like Monopoly
Don't entertain the thought of droppin me
To think of me as anything less than your teacher
Crazy you got to be
These type of lyrical styles cannot be said sloppily
I rip it up constantly
You're-holding-my-dick-like-a-throttle

The teacher will come, again and again and again and again
To set the trend and lend to other men a perfect blend
So-when-their-lyrics-finish-KRS-One-just-begin
RIPPING up sucker teachers put their courage to an end
So once again, the trendsetter comes a lot better
Forever too clever for a petty MC in leather
Whenever they decide, whatever I'm in sync
The lyrics I write, help me think
to guide ink off the paper through the air smack in your face
And erase in haste the rhymes you embrace
Just in case, get the f*ck out my face I run this place
You're lucky you're from the same race
A simple technique will keep you on beat
With the style from the street you compete with the elite
that's WEAK -- flashin gold and can't speak
I seek the direction of the brown complexion
So every year, I appear somewhere
that you hear my dear to get one thing clear
Whether on welfare or millionaire
Don't step to this here or you outta here
Allow me now to please change the gear
?And-pick-up-the-mic-you-missed-those-happen-around-me-have-me-feared, come!?
?We come in the dance we haffa likka of a shot an towah?
Let's get back to the hip-hop
You come into the place you can't LOOK in my face
Cause the light is bright and I'm towering in height
See there are millions of stars in the sky
When the sun appears none are visible to the eye
Why, the reason is the sun is the sun
You can't possibly rock, until I'm done
and finished, and like the evening I'll fade
But when I return you'll cry for more shade
So check the dancestyle cause I am not
Softening up it's time that I rock and sing
Not about my ding-a-ling-a-ling!
But instead bring intellect pon ting
Cause you can inject ignorance in rap
But Kenny Parker ain't tryin to hear that
Explain lyrics
Correct lyrics 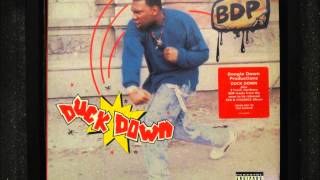