After his second wife passed away, Percy Rawlinson
seemed to spend more and more time with his alsatian,
Al.
His friends told him "You should get out more, Percy,
or you'll wind up looking like a dog, ha ha."
He was later arrested near a lampost.
At his trial some months later he surprised everyone by
mistaking a policeman for a postman and tearing his
trousers off with his bare teeth.
In his defence he told the court "It's hard to tell the
difference when they take their hats off."

Mrs Betty Pench was playing the trombone when she heard
a knock on the door.
"I wonder who that is at eleven o'clock in the morning"
she thought, but cautiously opened the door and instead
of the turbanned ruffian she had expected, she found a
very nice young man.
"Mrs. Pench, you've won the car contest, would you like
a triumph spitfire or 3000 in cash?" He smiled.
Mrs. Pench took the money. "What will you do with it
all? Not that it's any of my business," he giggled.
"I think I'll become an alcoholic," said Betty.

With a geranium behind each ear and his face painted
with gay cabalistic symbols, six-foot eight, seventeen
stone police sergeant Geoff Bull looked jolly convincing as he sweated and grunted through a vigorous
'Twist' routine at the Frug A-go-go Bier Keller.
His hot serge trousers flapped wildly over his
enormous plastic sandals as he jumped and jumped and
gyrated towards a long-haired man.
"Uh, excuse me, maaan, I have reason to believe you can, er,
turn me on."He leered suggestively.
And as if by magic dozens of truncheons appeared and
mercilessly thrashed him.
Poor Geoff, what a turn up for the books.

Much as he hated arguments or any kind of
unpleasantness, Ron Shirt thought things had gone too
far when, returning from a weekend in Clacton, he found
that his neighbour had trimmed the enormous hedge
dividing their gardens into the shape of a human leg.
Enraged and envious beyond belief, Ron seized his
garden shears and clipped his white poodle Leo into a
coffee table.
"That'll fix it," thought Ron, but he was wrong.
The following Wednesday his neighbour had his bushy
waist-length hair cut and permed into a model of the
Queen Elizabeth and went sailing.
Everywhere he went, people said "Hooray!" 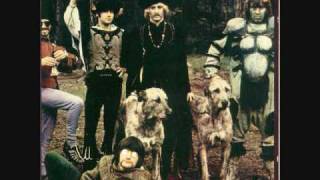 check amazon for Rhinocratic Oaths mp3 download
these lyrics are submitted by kaan
these lyrics are last corrected by blahh
browse other artists under B:B2B3B4B5B6B7B8B9B10
Songwriter(s): VIVIAN STANSHALL, NEIL JAMES INNES
Record Label(s): 1990 The copyright in this compilation is owned by EMI Records Ltd
Official lyrics by