So, the boys got together and formed a band
Fate played the straight man
And since then they've never looked back

You, lads, welcome to the Club B
I've seen you on telly
With your long hair and pimples
(Pop, pop)

We arrived at the gig looking rough
Not happy, we'd all had enough of eight hours on the road
Legs Larry said, eh, it's the boozer for me, dear boy
Yup, yup, yes, indeed

And the hotel reception was empty and cold
With horrid red wallpaper forty years old
It stank like a rhino house, Mr. Slater said
Pooh, I can smell vindaloo, ohh, really? No, Sir, O'Reilly

Hot dogs on sale in the foyer, hey
You can have a drink in your dressing rooms, lads
But you can't come into club looking like that
We can't oblige, thank you

Hey, redneck, we've had em all ere, you know, Tommy Ray.
Oh, aye? That's a brand new scratch on the piano
Cost you seventy five quid to put that right
Whoa, who did that?

Will you take your empty glasses back the bar?
Any artiste mentioning football will be paid off immediately.
Hoover
It's not for me self, lads, it's for 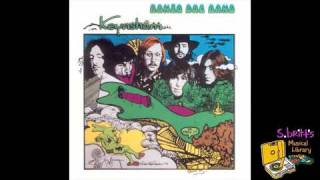