[Layzie]
Now see I'm cockrrring up my nine
I'm poprrring in the clip and cap
And let you know what's really happening
With that son of an assassin (son of an assassin)
Feelin' this killin' and peelin' caps cause I can't stop
My gangsta attitude comes from my muthaf*ckin pops kickin' ass
And the #1 Assassin blastin' niggas for nothin'
Peelin caps with a passion
Now, I can remember when I was just a little niggero
Rollin' through the hood with my pops
I watched him kill a ho
Boom (Boom!) was the sound
Of the nine when they kill ya
So you didn't pay your debt
But you had to pay the consequence
(But you had to pay the consequence
And blood splattered all on the ground - it made my ass sick
I watched her fall and hit the ground
Just like a damn brick (damn brick)
He hit the gas, and we was tickets with the quickness
"G, she tried to play me out
That's the way it gotta be
Yeah," that's what he said
"Don't tell a soul, if you love me son"
He gave me a hug. I said, "I won't
'Cause I know how it's done."
And now I lay me down to sleep
Hopin' that I don't dream
'Cause every night I get a vision of that
Same thing (the same one I f*cked up)
And like a fool I'm on a block
We're sellin' mo' dope, f*ckin' wit my cash flow
Like pops I let my gun smoke
I made a promise
I won't tell if your askin'
I'm just that muthaf*ckin son of an assassin

[Krayzie]
Ever since I was seven I've been a troubled-ass nigga
Used to sneak my father's guns just to play with that triggas
(Don't f*ck with my guns, boy)
One day I'm playin' with the nine
I get a flashback, and get to thinkin' about
The muthaf*ckin' bullies in my class
That's always f*ckin with me, but this shit's has to stop
The next morning I snuck
And I stuck my father's nine in my lunchbox
I'm on my way to school, that's when I spotted the faggot
Removed the nine from the lunchbox
And slipped the bitch my jacket
Now I'm lookin' for a reason just
To straight let the trigger click
I walked over to him and said
"What's up now, bitch?"
The f*cka-sucka started steppin'
And it swung but he missed
I knew the nigga felt pissed
'Cause it was the nine that he kissed
I socked the bitch in the face
And to the ground with this sucka
And this boy didn't hesitate He broke off quicker than a muthaf*cka (Run, muthaf*cka, run!)
Ran inside the building thinking that was gonna save him
But I caught up with the nigga
Pulled out the nine, and I sprayed him
Tossed the gun to the pavement
I'm heading straight for the hizzy
No more will Krayzie be bullied
Cause Krayzie Bone just got busy
Then ran home, told my father
He said "I know why you did it, son
The punk was f*ckin' with ya, so ya had to get rid of him"
Heard a knock on the door, he thought
"Yo, what the f*ck is this?!"
Police surrounded my hizzy with reporters and psychologists
My father grabbed his gun and started pullin' the trigger
("Get him, Dad, get him!")
Now you know why I'm labeled a little crazy-ass nigga
I watched while my Pops continued blastin'
My attitude is hereditary, nigga
'Cause I'm the son of an assassin

[Bizzy]
My father went in the pen when I was 'bout two or three
They had caught him (Jail ain't shit!)
For manslaughter and murder in the first degree
I haven't heard from him in about a month or two
Until one night when I was watchin the eleven'oclock news
'Cause I guess there's some insane inmate
Just now broke out the pen
And he can either be in Lorain
Columbus, or Cleveland
Right then it dawned upon me I'm like
"What in the Hell?!"
And then I heard a "ring-ring" on my doorbell
So when I opened the door, and much more to my surprise
Me and my pops was face to face
Lookin' eye to eye (Hello, son)
He said, "Son I'm on the run
And I don't wanna be alone"
I said, "Don't say another word
'Cause me and you is gone"
I went upstairs and got the gauge
The pump, the nine's legit
Until holice got in the yard and cold stormed the shit
We jumped up into the(Gauge to your ass, nigga) hizzy
I threw my daddy the nine
I shot one cop in the chest;
He shot two cops in the spine
You know I'm pullin' the trigger, right
My bullets steadily hittin'
I go to pull it again, shit (damn)
I ran out of ammunition
(Where the f*ck are the bullets at?!)
I reach up for the pump
And in a flash I got dumped and turned around
Holice gonna smoke my ass
I can feel my life (Son!) passin'
I know I'm bout to die too
And just before I left I said "Dad, I love you
(I love you, Dad)" 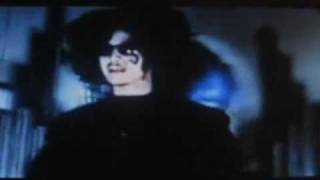 check amazon for Sons Of Assassins mp3 download
browse other artists under B:B2B3B4B5B6B7B8B9B10B11B12