In defeat triumphant
In the face of massed adversity
In a world of compromise
...Some don't. 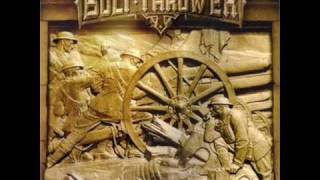