Until the philosophy which hold one race
Superior and another inferior
Is finally and permanently discredited and abandoned
Everywhere is war, me say war

That until the basic human rights are equally
Guaranteed to all, without regard to race
Dis a war

That until that day
The dream of lasting peace, world citizenship
Rule of international morality
Will remain in but a fleeting illusion To be persued, but never attained
Now everywhere is war, war

And until the ignoble and unhappy regimes
that hold our brothers in Angola, in Mozambique,
South Africa sub-human bondage
Have been toppled, utterly destroyed
Well, everywhere is war, me say war

War in the east, war in the west
War up north, war down south
War, war, rumours of war

And until that day, the African continent
Will not know peace, we Africans will fight
We find it necessary and we know we shall win
As we are confident in the victory 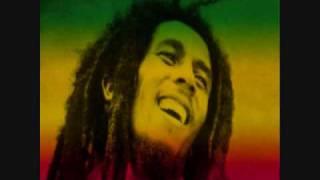 Rate War by Bob Marley (current rating: 8.50)
12345678910
Meaning to "War" song lyrics (9 meanings)
Richard Mbasha December 27, 2011-3:12
0
he sung what and project things to happen now and forever, no one in reggae music shall bring new things...Bob Marley... said it all
ABUBAKAR EGWAKHIDE November 22, 2011-1:35
0
This is the song and lyrics that all freedom fighter in Africa especially Nigeria should meditate on.
john akot October 19, 2011-2:03
0
wow, he touched untouchable part as ever'body wants to see those wars stop in Africa.OH God aml longing four realy peace in Africa as four the all world
Iya Lion May 6, 2011-18:41
0
Sorry Stoney, this song is not a speech by Marcus Garvey, It is a speech by His Majesty of Ethiopia Haile Selasie
Stoney October 12, 2010-4:13
0
this song is part of a speech made by Marcus Garvey. I was luck enough to see Bob live on a number of occasions. very moving when heard live
Jason Vancura August 19, 2010-15:27
0
I remember when Sinead O'Connor did the song a capella on Saturday Night Live and then held up the picture of Pope John Paul II and tore it up. It was a very shocking moment in TV history.
Señor Chang July 22, 2010-12:44
0
Gerry is right. The song is made from that ethiopian emperor's speech.Bob found them almost perfect to express his own toughts and made a beautiful song.
Dr. Boris Von Steele October 29, 2009-19:10
0
This song most certainly does have a name. It's name is WAR, by Bob Marley, and it is the single greatest song ever written. Trust me. I'm a doctor.
Gerry December 6, 2009-12:39
0
These are'nt his lyrics. it is him reading one of heile sellasie's speeches. The music to it though accompanies it perfectly. You can kind of tell that he is trying to fit words in when u listen 2 it!
Watch Video Comment Enlarge font Correct lyrics Print lyrics