[BLOODY MARY]
Now in the Bity of Bompton
LIME HOOD is down with the MOB
HOLLY HOOD and CROSS ATLANTIC off of Bompton Boulevard
Every town has an ELM STREET but not a Freddy Krueger
Don't get caught
In the JUNGLE's or a Park called LUEDERS
On Rosecrans pass Oleander at the light
TREE TOP is to the left, FRUIT TOWN is on the right
1-5-1's and WESTSIDE PIRUS slay past dark
And the only other Blood hood is CAMPANELLA PARK
HACIENDA, SWANS and BOUNTY HUNTERS'll call ya number
ROLLIN' 30's and 20's OUTLAWS, SIXX DEUCE BRIMS will put you under
CABBAGE PATCH, CENTER PARK, HARVARD PARK, ATHENS PARK too
SCOTTSDALE, NEIGHBORHOOD, HAWTHORNE, WATERFRONT, all Pirus
L.A. DENVER LANES, there's more in Pasadena
AVENUES, BLOOD STONE, INGLEWOOD FAMILY
The PUEBLOS, BLOOD STONE VILLIANS, BLACK P. STONE
CIRCLE CITY and EASTSIDE BISHOPS got it goin' on
With the M.G.'s, QUEEN STREET, V.N.G's ain't no stoppin' the
VILLAGE TOWN, EASTSIDE PAIN, CRENSHAW MAFIA
BE-BOP WATTS, CITY STONES and the SKYLINES
Don't say Cuz 'cause Blood, this is Piru all the time

[REDRUM 781]
Now - the settin is in the muthaf*ckin' oneway
Niggas banged up, meetin' up on a Sunday
Run across the street just to get some brews and shit
Well, what do you know?
A nigga slippin' wearin' flue and shit
It's on, I take the flag out my pocket, then
Wrap it around my knuckles make a fist
And lock it
Deposit a blow to the jaw as I bank him
Break a 40 on top of the counter then I shank him
Leave him layin' in the color he hates the most
But it don't matter now
Cause he's a gangbangin' ghost
Crab is the meat on my menu
Piru is the gang
Hell, I was been through
But I'm a soldier to the very end
I hate Crabs with the passion, my attitude is grim, so
I slip clips in the automatics
Niggas wanna roll through
No, I ain't havin' it
The homies are down and the girls are obedient
Crabs ain't naythin' but gumbo ingredients
Steadily gettin' dip addin' dogs to the roster
What d'you call a ugly Crip?
What? A c-monster

[BLOODY MARY]
Piru is Crip in reverse, put the C's on his back
Your egg shell-lobster lie-ass face is gonna crack
Crip: beware of the true, the glitty-glitty Glock tick-tock Crabs I stop Piru, yo
Your momma can suck a dogs dick and die
Chicken little Crab scared of the red apples fallin' from the sky
D-Ropped and A-Bomb E-Ricket Blood was shed
A-C-N-D
Another Crab Nigga Dead
Oh muthaf*ckin' well punk bitches
Come over to my place
I take
You on a little trip, it
Starts with the R
Ends with E-D
The riverbed you'll be lyin' and lookin' up at me
Crab-ass ho's
They get the f*ckin' middle
Niggas think it's a joke
It ain't no muthaf*ckin' riddle
Your rat pack'll get packed right in a box, sent to
Your dead homies, momma right down to the block
Niggas felt like they hard and then they gon' try check me
I finna let your ass know
You need to respect me
Cause although you ain't sayin' shit
You gettin' on my nerves
Fluster-ass flue-wearin' niggas gettin' served 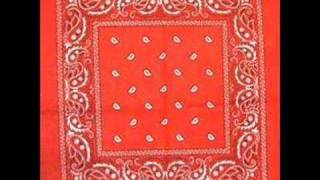