Brother Blackshirts, my comrades in struggle:

Our fight is for the soul, and in that battle we go
forward together till victory be won. Our struggle is
hard, because we are fighting for something great, and
great things are not lightly or easily gained. We are
fighting for nothing less than a revolution in the
spirit of our people. We must be worthy of our mission,
for blackshirts are those who are summoned to lead the
people to a new and a higher civilization.

The Blackshirt is a revolutionary dedicated to the
service of our country. We must always possess the
character of the true revolutionary. It is not the
character that you observe in the little men of the old
parties, blown hither and thither by every gust of
convenience opinion, elated by a little success,
downcast by a little failure, gossiping and chattering
about the prospects of the next five minutes, jostling
for place, but not so forward in service. Without
loyalty, endurance, or staying power, such a character
is the hallmark of financial democratic politics.

In the true revolutionary, the first quality is the
power to endure. Constancy, loyalty to cause and
comrades, manhood and stability of nature. These are
the qualities of the true revolutionary. In our
movement that great character is being reborn. And for
that reason we carry within us destiny. We care not
whether we win tomorrow morning or at the end of a lifetime of labour and of struggle. For to us the
little calculations of the little men mean nothing. All
we care is that win we will because no power on earth
can hold down the will within us.

Struggles we have had and will have. Blows we have
taken and will again. Victories we have had and will
have again. Through good and ill we march on, till
victory be won, for this is the character of the true
revolutionary. In the great moments of supreme struggle
and decision it is easy to hold that character, even in
supreme sacrifice. It is not so easy in the hard daily
task. It is then even more that in the great fights we
have together that I would like to be the companion of
every one of you. I would like to be with every action
team that carries the message of our new faith to new
streets. I would like to be with every man or woman
during the hard but vital job of giving leadership to
the people in the block of houses for which they are
responsible.

For these are the jobs that come, by the dedication of
thousands to that mission of leading the people in
their own homes and streets, revolution is won. In that
task I cannot in body be with everyone of you every
day. But in spirit I am with you always. Together we
have lit a flame that the atheists shall not
extinguish. Guard that sacred flame my brother
Blackshirts until it illumines and lights again the
path of mankind. 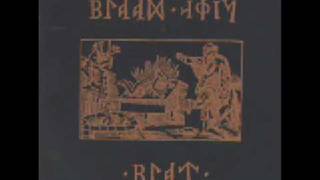