The Fall And Rise Of Elliot Brown Lyrics

The Fall And Rise Of Elliot Brown Lyrics


[Part I]
"I mean um, I got years man, I go back, actually
I-I-I just got back to these streets man, this is home to me though
Y'mean, I was goin' for a while, ten years to be exact
I lost my lights in the streets, y'know but for these streets, me and my dude
We got down and dirty for it, man, we did e'rythang, we took, nah'mean, to eat..
That's what it's about when I was comin' up in the 80s', everybody tried to eat man
and my way livin' to eat, man I gurped in theses streets
I grind, walked to these streets here, nah'mean?"

[Gift of Gab]
Got to get this bread
Got to get this dough, got to get these chips
Got to get these whips, and fits and -
Got to get real mean, got to get real clean
Got to get these fiends a fixin'
On a mission to get rich real quick use wit' no intermission
Got to live big, gettin' the tip on them big {?}, so spendin' spendin'
Any witness get hit quick, this lick isn't never no kid shit
Not a picnic, flip bis-cuit/get rich, that's it
Big bills, just Ben's, no frills, just Benzes
Spendin' endless spendin' sprees
Limitless, BUILD IT UP TO THE MILLIONS
Then I can have things, like a new fly ring
and a new fly fling, I can do Irene, Darlene, Charlene
and Francine, even get inside Pam's jeans as clean as you ever did see
On the scene doin' real big things, as I PIMP this simple SYSTEM
Then I hear si-rens, and I see high beams
Now I am fly-in', but they're behind me
NOW I'M ON ONE KNEE, AND THE DOPE'S ON ME
NOW MY HOPE'S GONE SEE AND I LOST MY FREEDOM
LOCKED UP, SEE YA!!

[Verse One: Gift of Gab]
..He was a young lad
Off of happiness and smiles, he was sprung bad
Wanted all the trendy classy number one fads
In a very short time, learned the rules of combat
Learned who was a punk, and who would have swung back
How to take from the weak, especially when hung-ray
While mama's workin' two jobs, and daddy's gone away
and police be throwin' you vibes, even at a young age
and it was like he was livin' inside a cage
from the outside world, 'cause he just couldn't relate ..and then life really began
and trifeness was a giv-en when he graduated

[Verse Two]
..So he hustled
doin' whatever just to get the bread and the mustard
Stacked high, grew wit' some niggaz he trusted
He shouldn't have though, 'cause them same niggaz got him busted
And 'bout the same time he 'bout to get sent up, his -
Ex-girl is like, "I'm pregnant baby daddy - plus it's twins"
and when he goes to jail, he has company
in the form of fifty percent of the cats he grew up wit'
Gets out, goes back, just like a puppet
Caught in a genocidal death trap of the government
The don't rehabilitate, they just be lovin' it
When niggaz is in the pen, 'cause that's big money makin' to them

[Verse Three]
For some time he sat and pondered
Trapped in a cell filled with criminals and convicts
Time had arrived to confront the real conflict
Lookin' within, not without, he got honest
Started to read and acquire that self-knowledge
Learned he was royalty and didn't come from garbage
How to embrace struggle and learn from his problems
True wealth is health, family, and a higher conscious-ness
Learned most of what he was taught was nonsense
Read up on economics and how to start a business
Self-determination and dedication empowered him
Somethin' inside him told him only God could STOP him
Now he's out livin' what others said was impossible
Thought he would be another victim of ghetto obstacles
Through a concrete, a rosebud started to blossom
Remember change is really all that remains constant, yeah [echoes]

[Intro to "Black Diamonds and Pearls"]
"Saved message...Friday...3:56...P.M."
"Hey, ?B-Cam?, this is your sister Dee-Dee
I was just callin' to tell you that I, gone to see Frankie
and I told him that you wanted him to, um
GIVE a, like, what it was like to be in prison
and what, advice he would give and
Oh my God, I got this letter from him
Tim, you've got to hear it, this word should be in the book or a song or something
I mean really..." 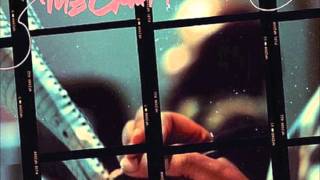